Audi Q8 Officially Revealed – Can It Rival The BMW X6? 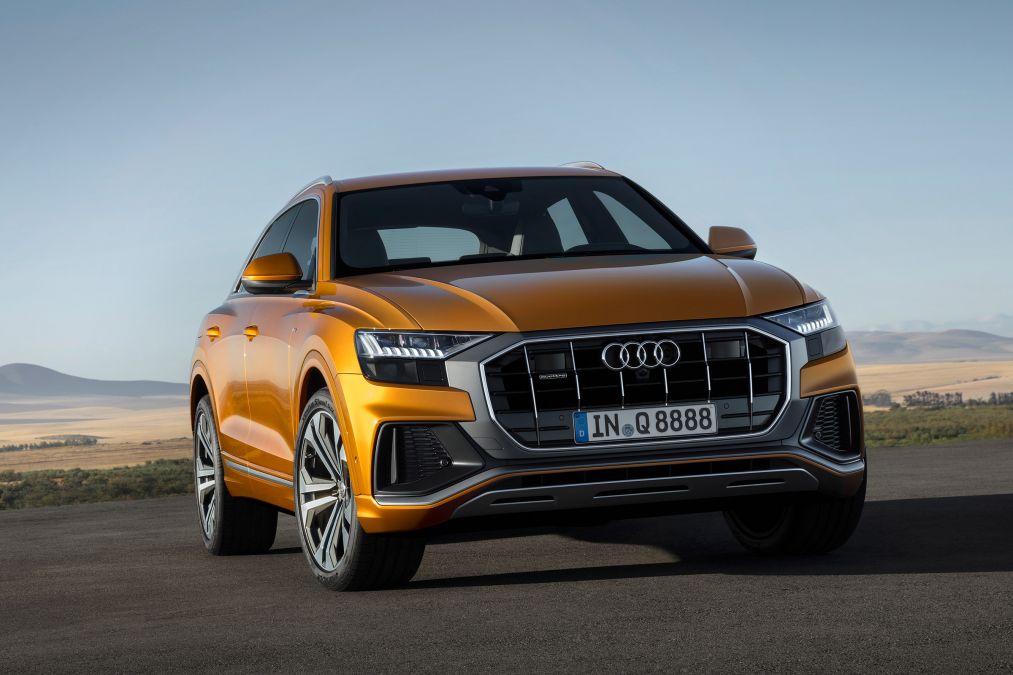 After some official photo’s leaked this morning, we have the real reveal and all the information on Audi’s competitor to the BMW X6 and Mercedes GLE Coupe.

You’re now looking at the latest addition to the Audi SUV range known as the Q8 and as expected it is ostensibly a coupe-esque version of the Q7.

There will be a sole engine offering from launch which will be a 3.0-litre V6 turbodiesel, putting out 286 hp (210 kW) and 600 Nm of torque sent to the road through a standard quattro all-wheel drive setup and an eight-speed tiptronic automatic transmission.

Mild-hybrid technology will also feature as standard, based around a 48V electrical system. The ability to regenerate energy under deceleration, as well as coasting off the throttle, should allow the substantial Q8 (it’s 4986mm long, and 27mm wider than the imposing Q7) to sip fuel a little less quickly than otherwise it might.

You will have the choice between two trim levels standard S-Line and now a new top-tier Vorsprung. The latter will feature larger 22-inch wheels, titanium styling pack and a Bang & Olufsen sound system. As standard you will get 21-inch wheels with with a choice of suspension setups from conventional steel springs to regular and sport air suspension configurations. 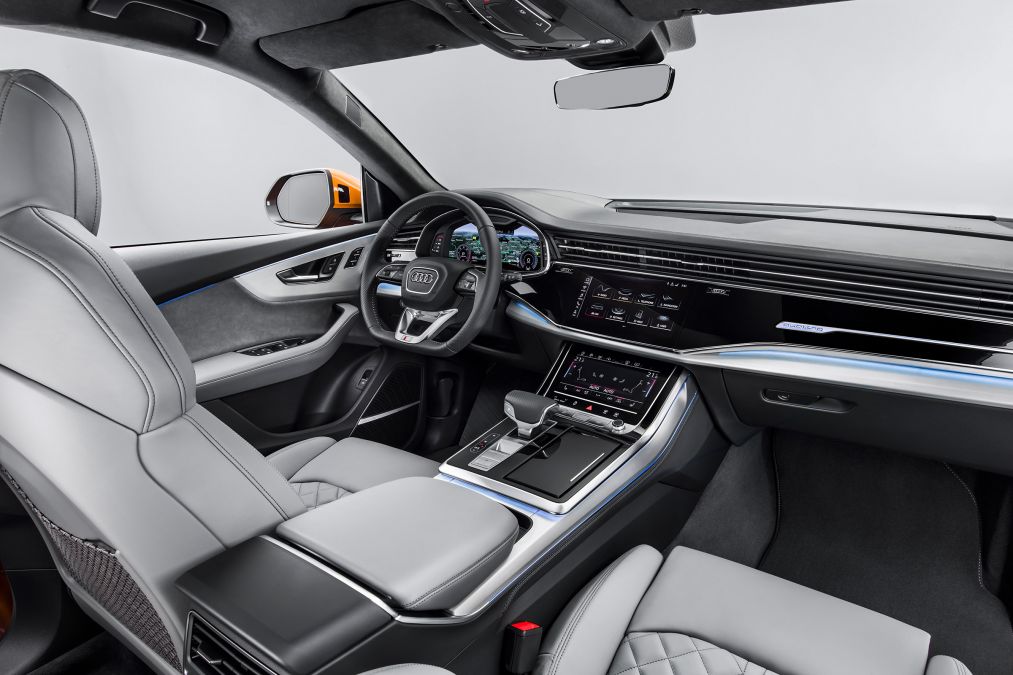 Inside you will notice the Q8 features Audi’s latest technological features, from the option of up to 39 driver assistance functions, to an A8-style cabin punctuated by a pair of haptic touchscreens (10.1in and 8.6in) and a Virtual Cockpit instrument cluster.

There will be plenty interior options available and you will be able to choose between a four or five seat configuration (depending on your requirement).

We are most looking forward to the SQ8 version which will likely get a 4.0-litre turbocharged (and electric supercharged) diesel V8, while an RS Q8 is on the horizon too.