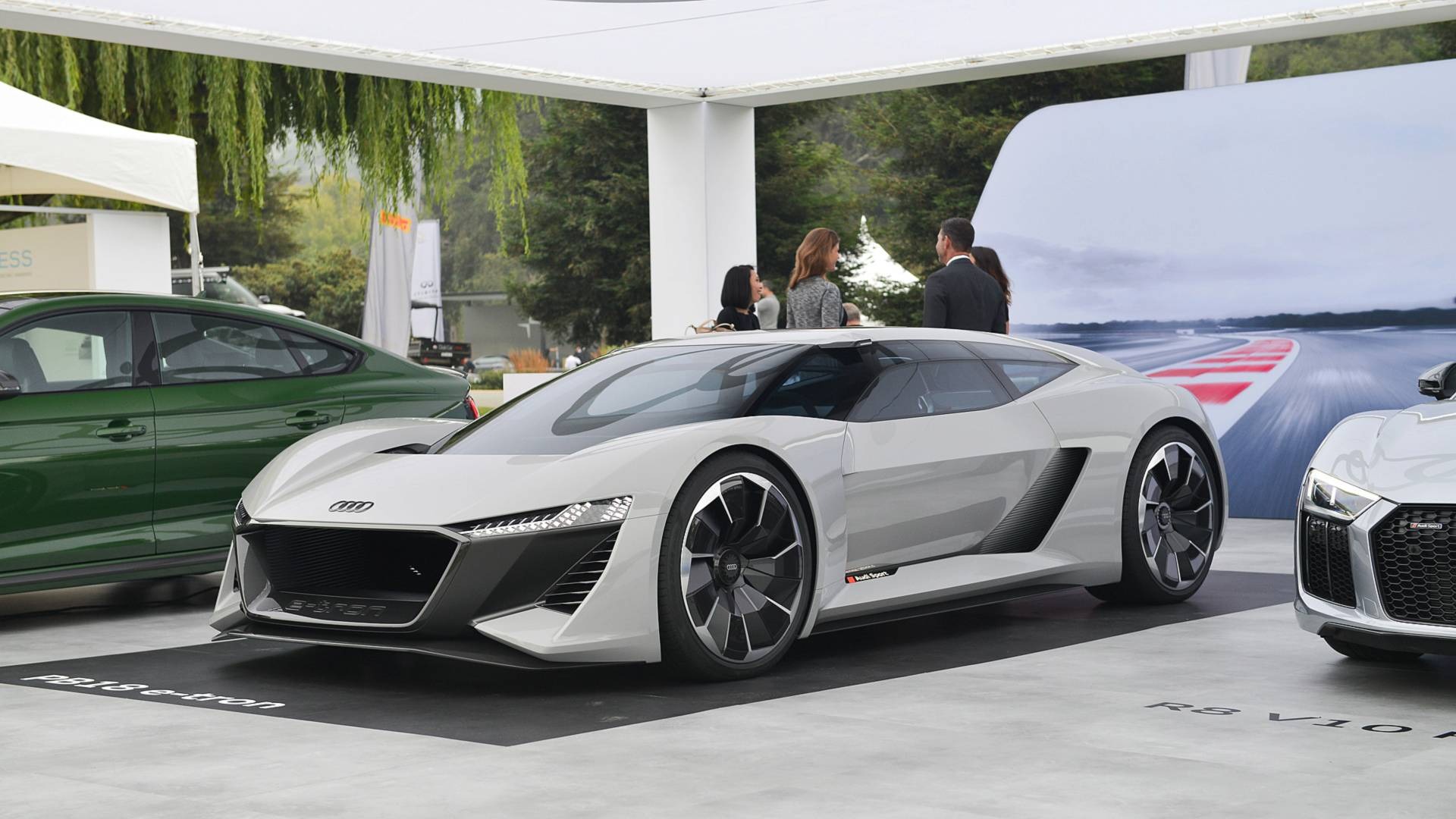 Audi is a brand we typically associate with composure and tranquillity, but the concept the marquee has revealed at this year’s Pebble Beach Concours d’Elegance opening in California totally begs to differ. With an electric powertrain offering 765 hp (570 kW) and insane styling, Audi itself describes this project as “radical”.

It’s called the PB18 E-tron and from the front it looks like what might be the next-generation R8 while from the back it kind of looks like an RS3 from the future. Its flat roof sloping to the pointy rear end is which features a substantial amount of LED lighting craft a futuristic hatchback look. And with a boot that is said to offer about the same amount of space as that of a Volkswagen Golf, the concept as a whole to some extent, hints that Audi might be planning an R8 Shooting Brake.

Still on the topic of styling, this part-supercar part-hatchback rides on 22-inch alloy wheels that cover 19-inch ceramic disc brakes.

While the exterior is a total event, the interior is even crazier. For starters, it features a cabin that can alter between single- and a more conventional two seater by sliding the central driver seat to the side. There is also an enhanced reality windshield display.

As futuristic as the PB18 e-tron may be, it also has an element of simplicity that should please purists. In a world where cars are looking to feature in depth autonomous driving functions, this EV is boldly declared a ‘Level 0’ vehicle; this means that every bit of driving is left under human control.

The concept features a solid-state battery pack that’s good for around 95 kWh and according to Audi, the battery pack takes as little as 15 minutes to offer a range up to 500 km. A special feature of this battery technology is that it boasts inductive charging, meaning that it needn’t be plugged in which is a rather practical function.

The Audi PB18 e-tron’s powertrain comprises of three electric motors where one motor is used to power the front axle while the other two propel the rear. Combined power output is rated at 765 hp (570 kW) and 830 Nm of thrust. Audi claims a 0-100km/h sprint that is “scarcely more than 2 seconds”. The car is also likely to feature instant torque vectoring.

Like the cabin, the exterior is also adaptive, with the rear spoiler and diffuser affording alteration to offer optimal aerodynamics when the car is switched to ‘race mode’. The PB18 is also equipped with adaptive magnetic shocks and race-ready push-rod suspension.

Ultimately, the Audi PB18 e-tron concept is nothing more than a fantasy, but it is quite intriguing to see what the nerdy designers and engineers at Audi do when given permission to go crazy.