BMW M5 First Edition Takes A Hit In The Netherlands 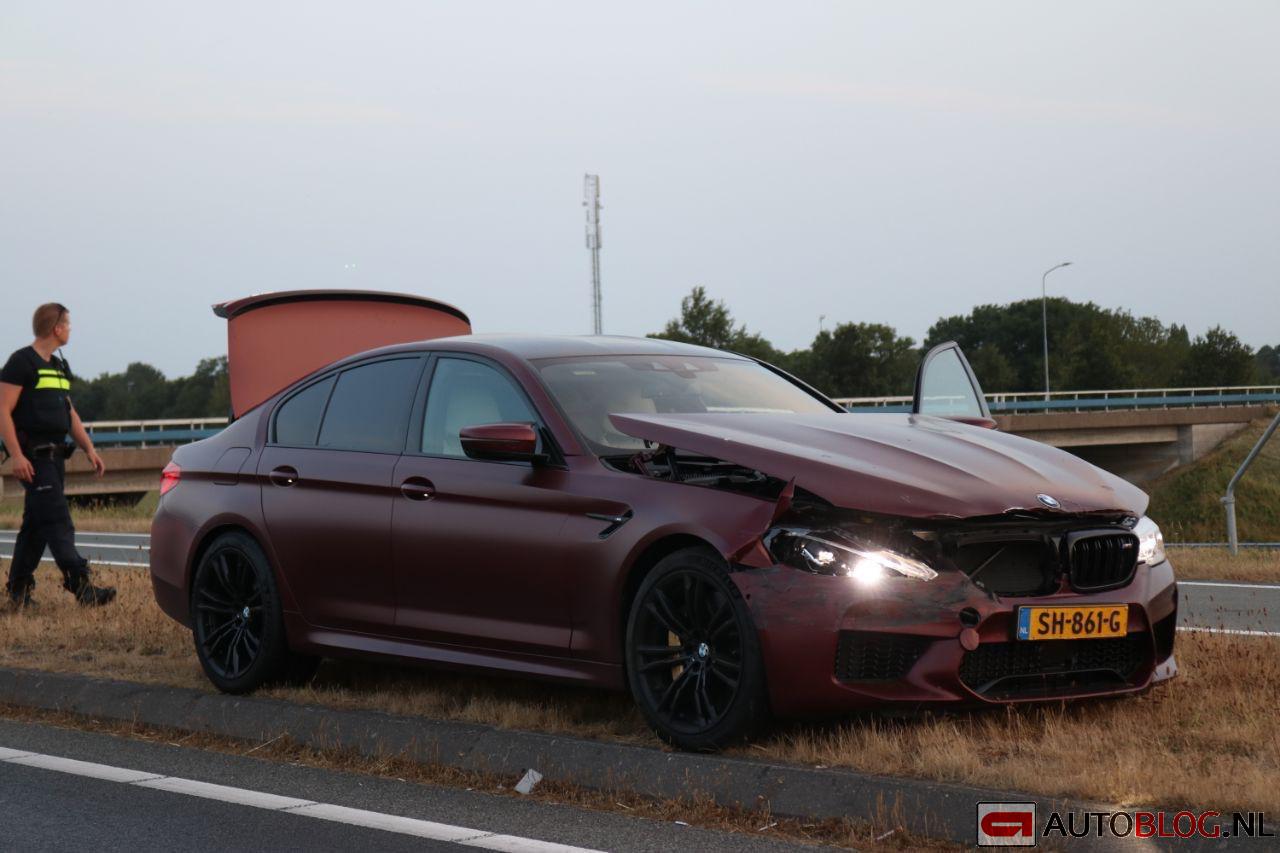 The new BMW M5 may come with four-wheel drive but that does not mean you are invincible behind the wheel as an owner found out in the Netherlands last night.

Last night a BMW M5 First Edition crashed into a barrier on the A7 causing significant damage to the front end of the super sedan.

BMW only built 400 of these Frozen Dark Red beasts with this being the second recorded incident involving one.

Damage is not enough to write it off (at least we don’t think so) so it will likely be restored to factory form albeit with a big note on the vehicle history report. This will undoubtedly decrease the value of the car when it comes time to sell. 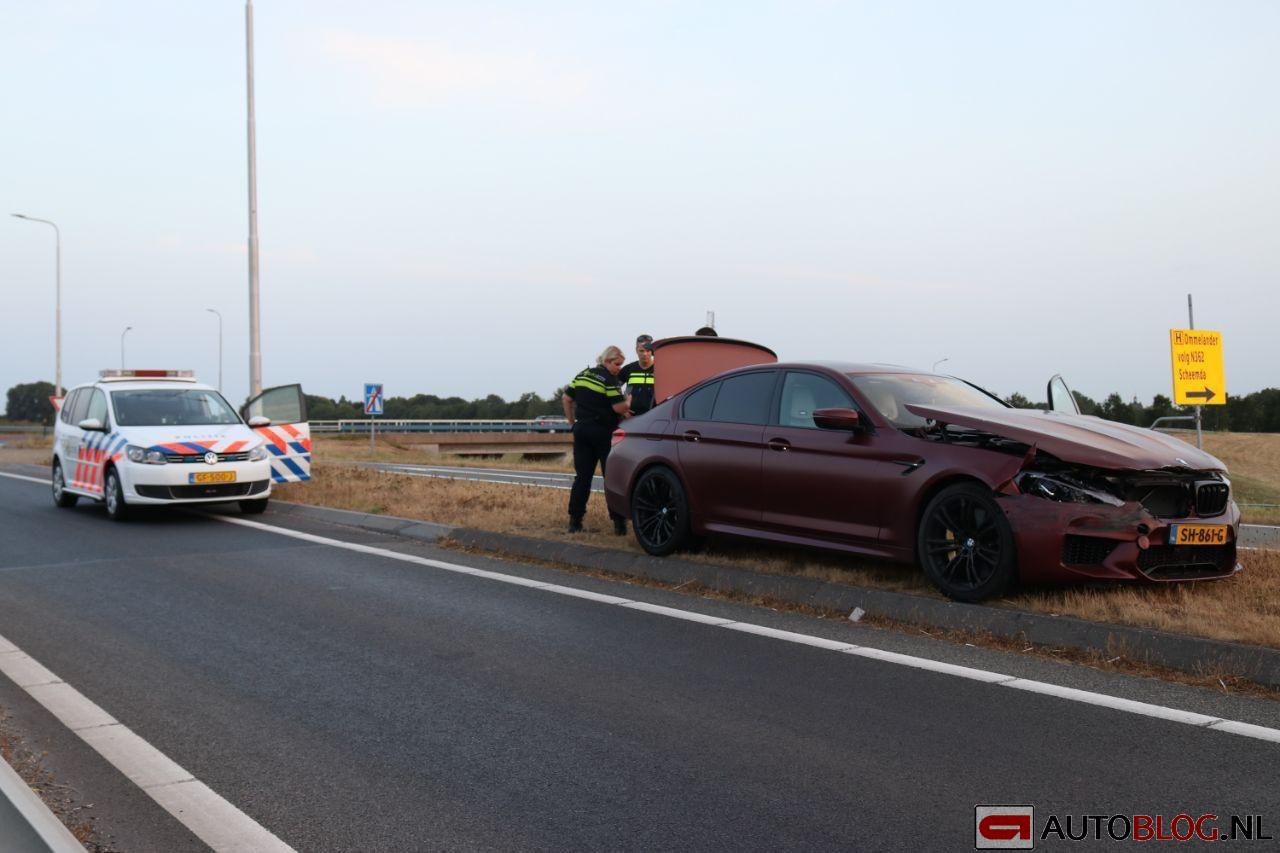 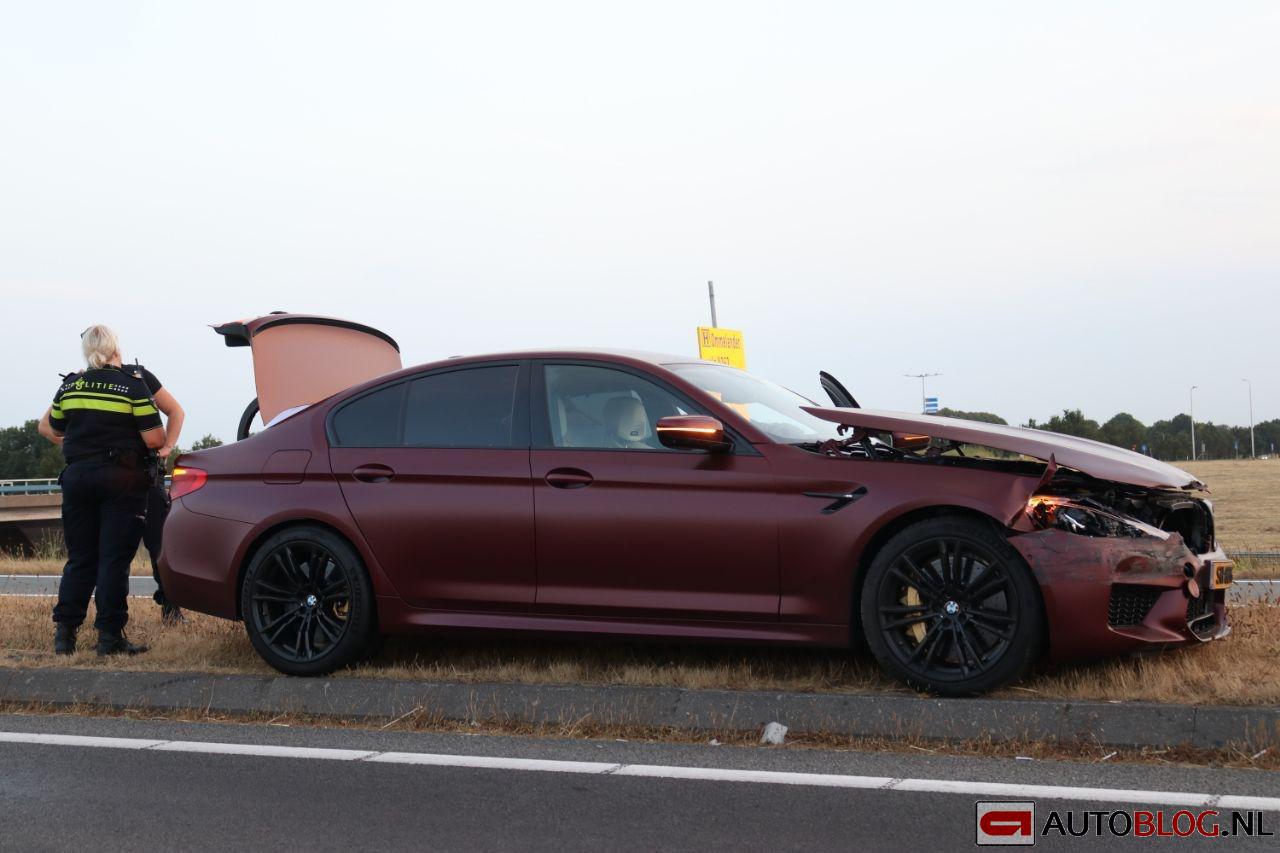