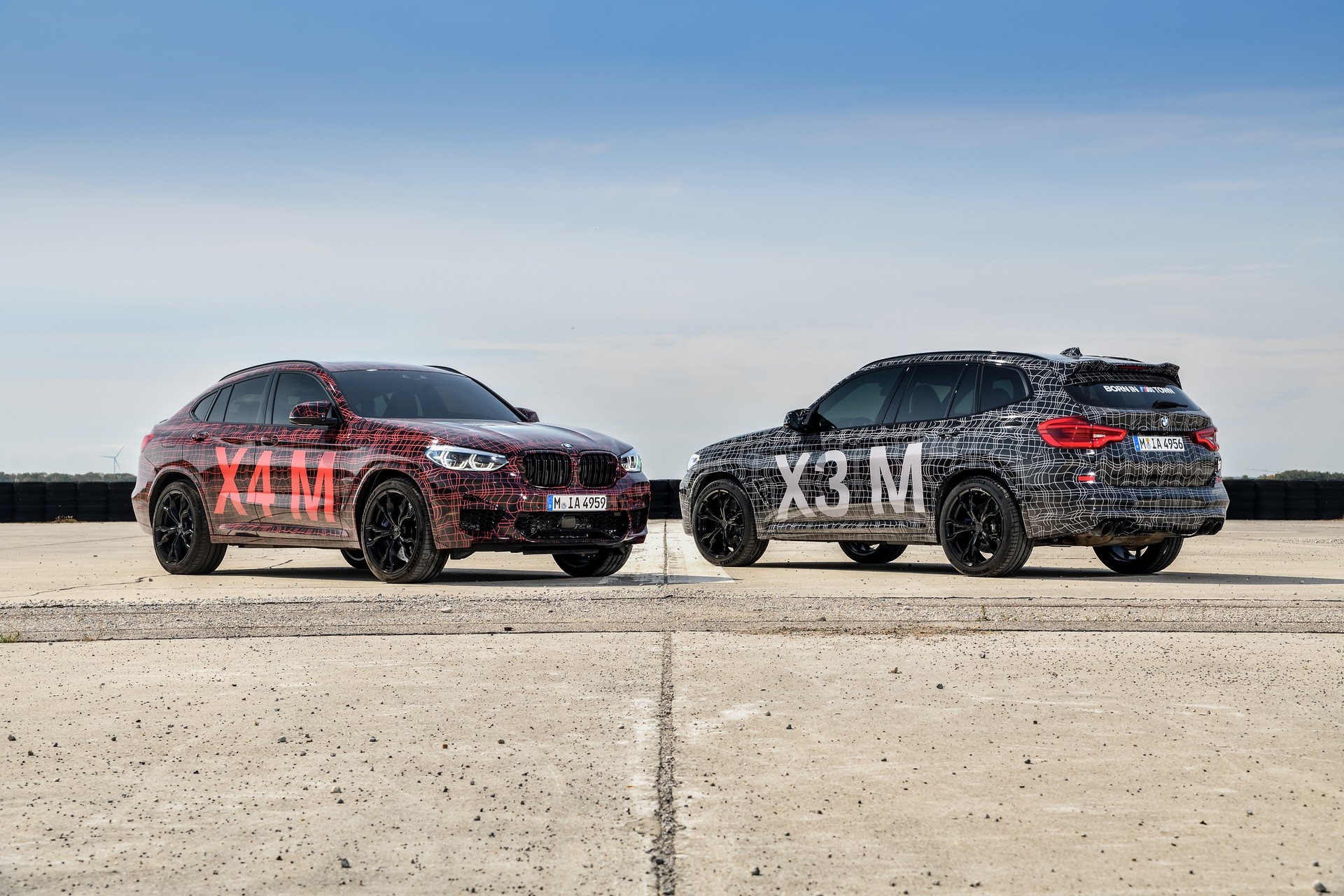 There was a DTM race at the Nürburgring this weekend so BMW thought it would be a great opportunity to show off the X3 M and X4 M prototypes sporting a new straight-six engine.

They are obviously a preview of the production model and as you can see they are fitted with a sportier front bumper which features three large air intakes with honeycomb mesh inserts. Moving further back, we can see aerodynamic door mirrors and lightweight alloy wheels that are backed up by a high-performance braking system with blue calipers.

At the back you see a modified bumper, unique rear spoiler and the legendary four-pipe exhaust system.

Performance specifications were not revealed but the manufacturer did confirm they will be powered by a  “newly developed straight six-cylinder engine with M TwinPower Turbo technology and high-revving characteristics.” Previous reports suggest these units could push out as much as 454 hp (338 kW).

Other performance upgrades will include an active M rear differential and a sportier suspension.

At this stage it is not known when they will officially be launched but the boss of BMW M, Frank van Meel did say “With their M specific performance characteristics, the BMW X3 M and the BMW X4 M will set benchmarks in terms of dynamics in their respective vehicle segment.”