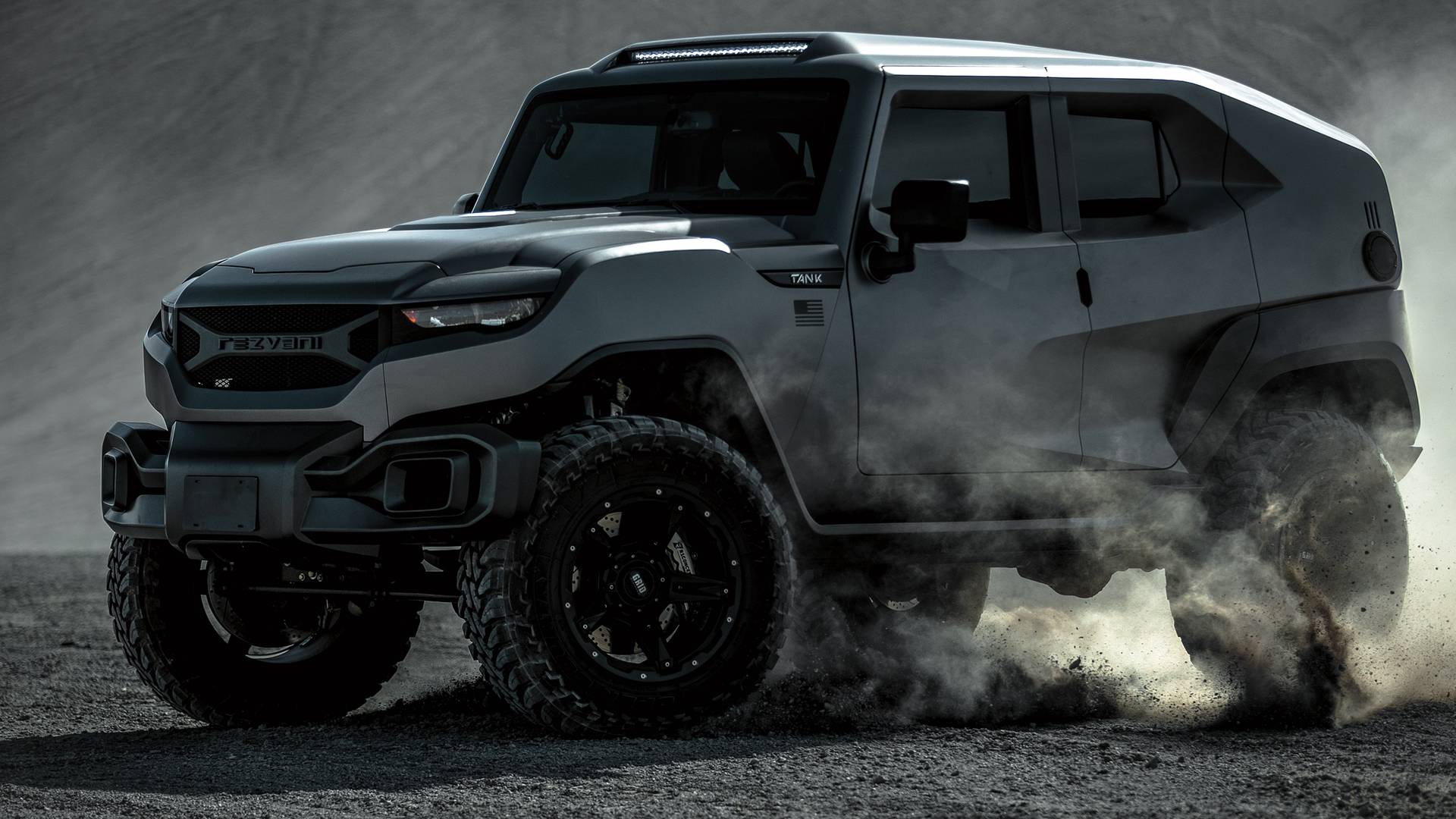 The Rezvani Tank has just gone even more mental. Now called the X, the high-performance off-roader has been fitted with a 6.2-litre supercharged Hellcat V8 making it the most powerful model in the range.

The Tank X however is not the only of its kind with a V8, nor does it have the biggest engine. Some may remember that Rezvani launched the Tank late last year with a 285 hp (212 kW) FCA Pentastar V6 engine, but this was after the SUV was first introduced as a 500 hp (372 kW) off-roader with a 6.4-litre V8. This year, the Dodge Challenger’s SRT Hellcat’s supercharged V8 found its way into the Military Edition unveiled in July, now joined by the X with 707 hp (527 kW) and 881 Nm of torque from the same powerplant.

Initially the Tank X does look almost identical to the base model, but a longer gaze at it will start to reveal the several though small upgrades. This model comes kitted with the Off-Road Extreme Package. This includes a 152 mm addition to the ground clearance, special Dynatrac ProRock axle set featuring air locks and a compressor. The X also rides on massive 37-inch off-road wheels hiding the Dynatrac ProGrip brakes front and rear, with the front eight-piston front brake callipers measuring 16 inches.

The particular Tank X featured here boasts a fantastic colour contrast when comparing the interior to the exterior. On the outside it sports a rugged off-road ready theme with a matte black paint while the cabin hosts custom seats wrapped in bright red leather. There are more colours to choose from.

Although sharing a platform with the Jeep Wrangler Unlimited, the way more powerful and sophisticated Tank X comes with a heftier price tag, US buyers should be prepared to fork out 259 000 of their Dollars to get one.

The Rezvani Tank Is A Seriously Rugged 500HP SUV