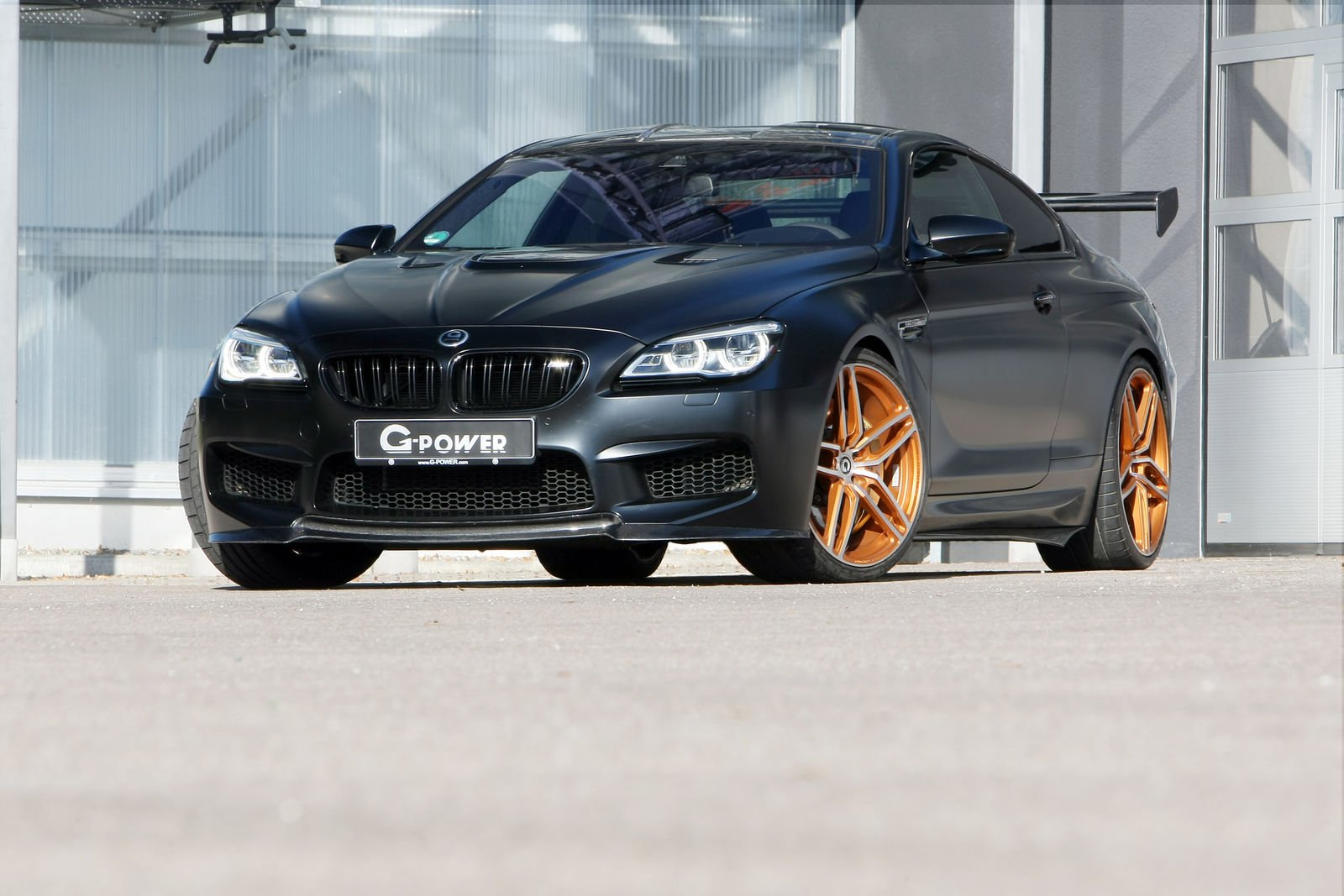 Anyone who has driven a BMW M6 would agree that the last thing it needs is more power. Well, anyone but the no-nonsense Germans at G-Power, not only have they given the Coupe more speed, but they’ve also traded its subtle but menacing looks for a GTS flavour.

The power surplus comes courtesy of reworked turbochargers and several other upgrades such as the Performance Software, downpipes with sport catalyst as well as a titanium exhaust system with optional carbon tailpipes. Although G-Power has not claimed a 0-100 km/h time, it is a no brainer that the power glut would reduce a Competition Pack’s 3.9 seconds by a notable chunk. There is also an option of a Vmax deletion that results in a top speed in excess of 330 km/h.

In terms of looks, G-Power is known for making cars look anything but understated. For the BMW M6 Coupe, they’ve gone for a GTS look thanks to a carbon fibre body kit that’s said to be aerodynamically engineered to provide a considerable amount of downforce from the front to the rear axle. The kit consists of a new bonnet that does away with hot air more efficiently, a front spoiler, side skirts, diffuser and a rear wing.

Furthermore, the matte black body paint featured on our gallery contrasted by a set gold-painted of 21-inch wheels also contributes greatly to a GTS theme. G-Power has also kitted this M6 with adjustable suspension featuring coilovers.