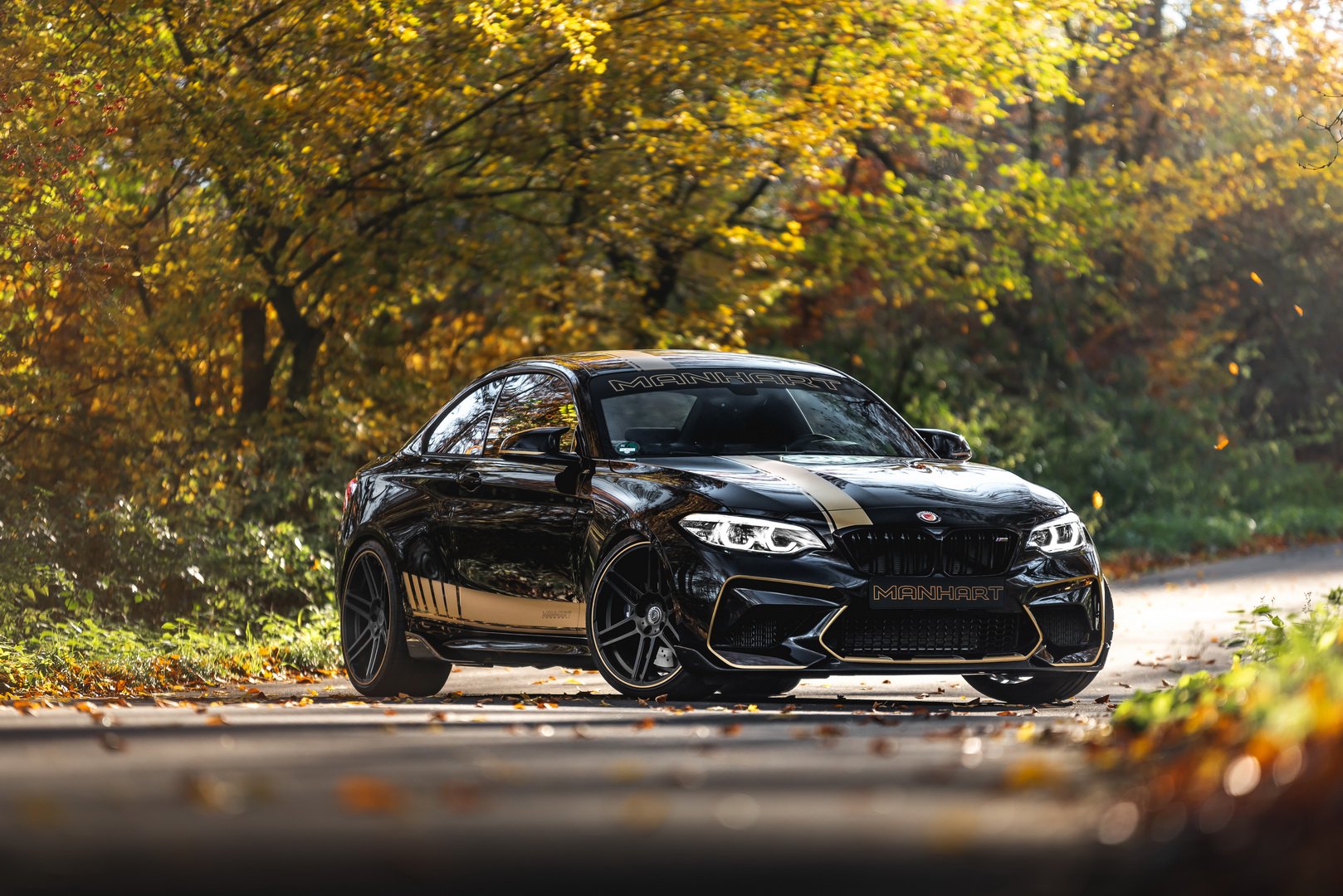 The BMW M2 Competition packs more than enough power from the factory but as usual, it is never enough for the tuners of the world as Manhart are now demonstrating.

The German tuner gave the 3.0-litre twin-turbo six-cylinder engine an ECU remap and a new carbon intake which upped output to 542 hp (404 kW) and 800 Nm of torque. This represents a 138 hp (103 kW) and 250 Nm gain. Although the tuner did not release performance figures it should sprint to 100 km/h faster than the stock time of 4 seconds.

To give the Bimmer a sound to match the grunt, they added an in-house developed stainless steel muffler and downpipes, while the four carbon exhaust tips are incorporated into the new rear diffuser.

Cosmetically they changed the front splitter, side wings and rear spoiler, all of them made from carbon fibre. Filling the wheel arches are the 20-inch aluminum rims, called Concave One.

To give it the road presence it now deserves, Manhart slapped on a 20mm lowering kit thanks to a set of KW coilover springs. 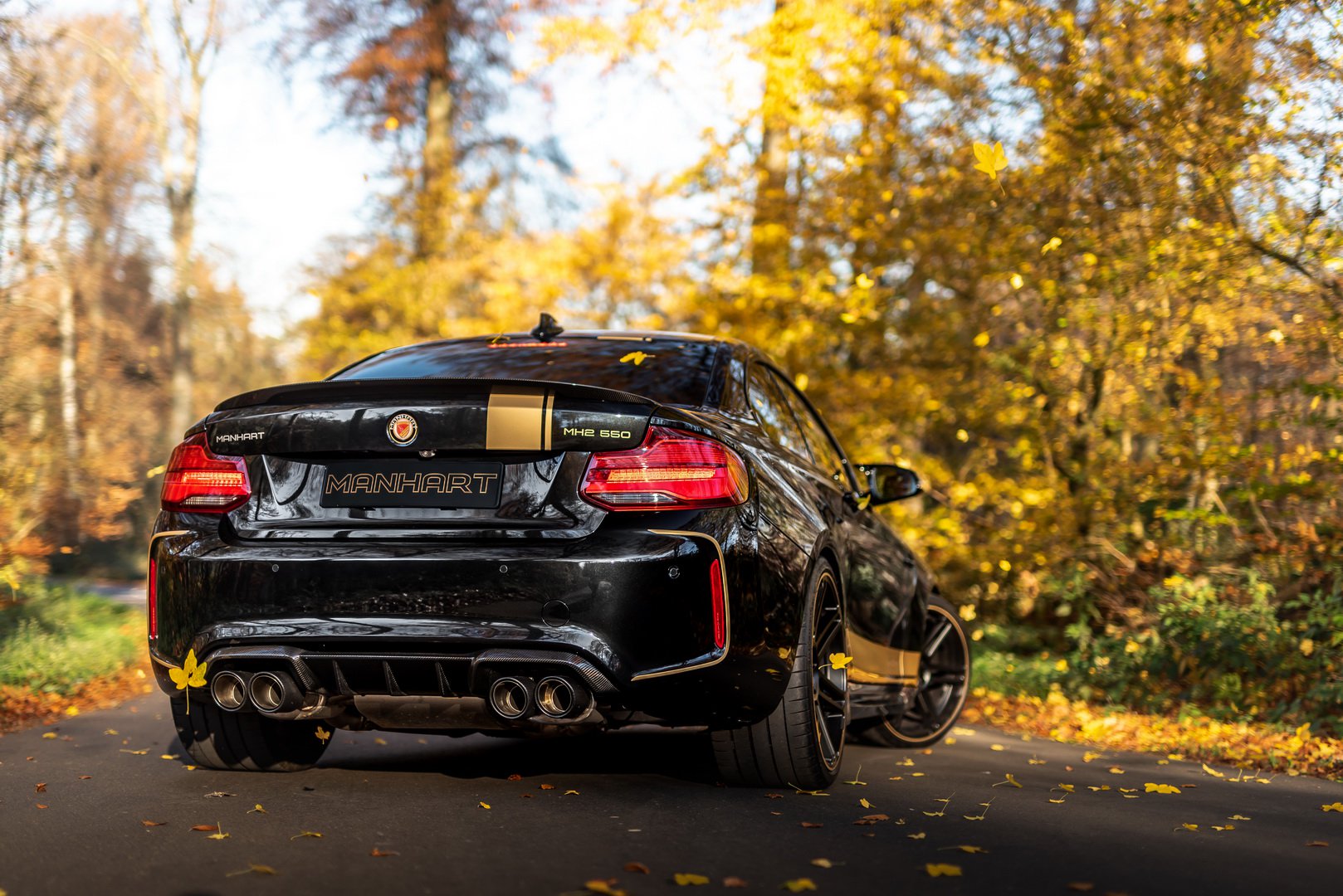 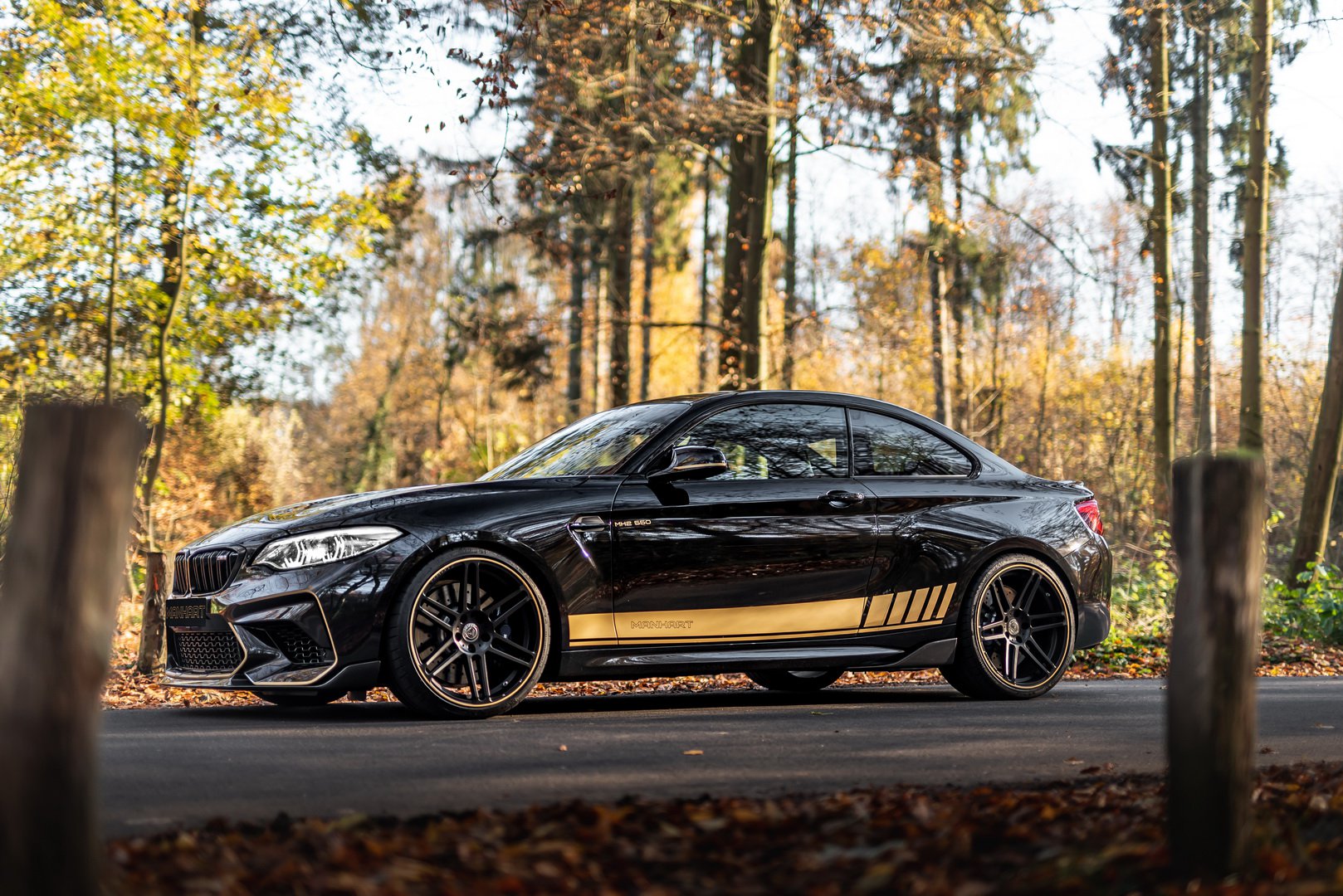