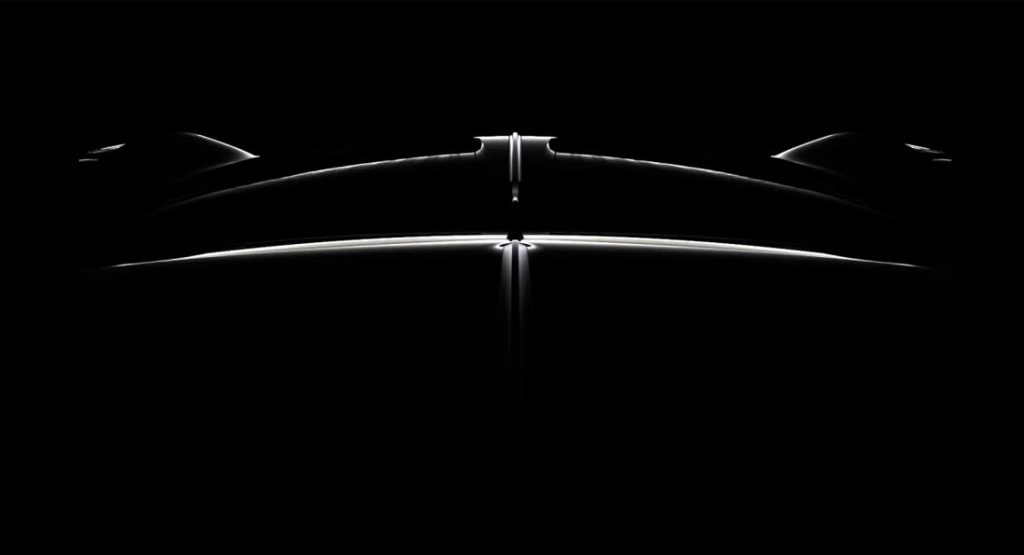 We are all expecting Bugatti to reveal a very expensive one-off creation at the Geneva Motor Show and now the brand has uploaded two teaser videos of the hypercar bound for the show.

The project is said to cost €16 million and will be built for Ferdinand Piëch, the former chairman of the VW Group.

The first teaser is titled ‘Any modern interpretation of the 57 SC Atlantic should keep Bugatti’s unique tail light…’ The clip shows just that, with a single LED strip of red across the vehicle’s rear end, much like the Chiron. The teaser also offers a brief glimpse of the vehicle’s rear decklid, but few details are visible.

As for the second teaser, it’s titled ‘Any modern interpretation of the 57 SC Atlantic would definitely keep the Atlantic’s dorsal…’. The teaser video offers a glimpse of this dorsal fin which stretches along the hood, over the roof, and splits the rear window in half. This brief clip also previews the new vehicle’s prominent front wheel arches.

Whatever it is, you can bet it will be VERY special indeed.