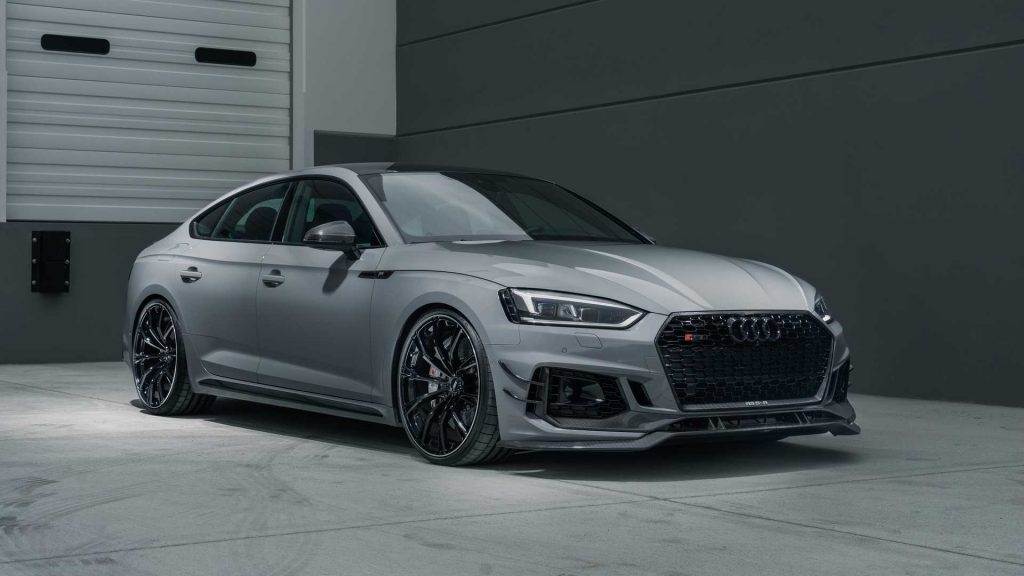 Whenever a new and sporty version of an Audi comes long, it doesn’t take very long for an automotive tuner to get their hands on one. In the case of the mentioned German brand, that tuner is usually one named ABT, and the car they have recently gotten their hands on is the new RS5 Sportback.

This particular creation is called the RS5-R and most of the noticeable modifications and enhancements have been done on the exterior. Carbon (as always) is the order of the day, as can be seen throughout the exterior. You’ll be getting a lovely carbon finish on the hexagonal front grille, some carbon side canards at the front, a carbon front splitter and rear diffuser and a little carbon lip spoiler at the back of the boot lid.

In addition to that, ABT has also fettled with the car’s suspension and sport stabilisers on the front and rear axles. On the interior side of things, you’ll find a carbon fibre finish on the gear knob, some ABT badging on the door sills and entrance lights as well as a “1 of 50” badge just to let you know you’re driving something that little bit more special

Of course, what would an ABT-tuned Audi be without some upgrades to the engine? The RS5-R’s 2.9-litre, twin-turbo V6 now pushes out 503 hp (375 kW) accompanied by 690 Nm of torque. No 0 to 100 km/h times or official top speeds have been announced yet but expect a 100km/h time less than the standard car’s 3.9 seconds. The top speed will probably be close to the 300 km/h mark.