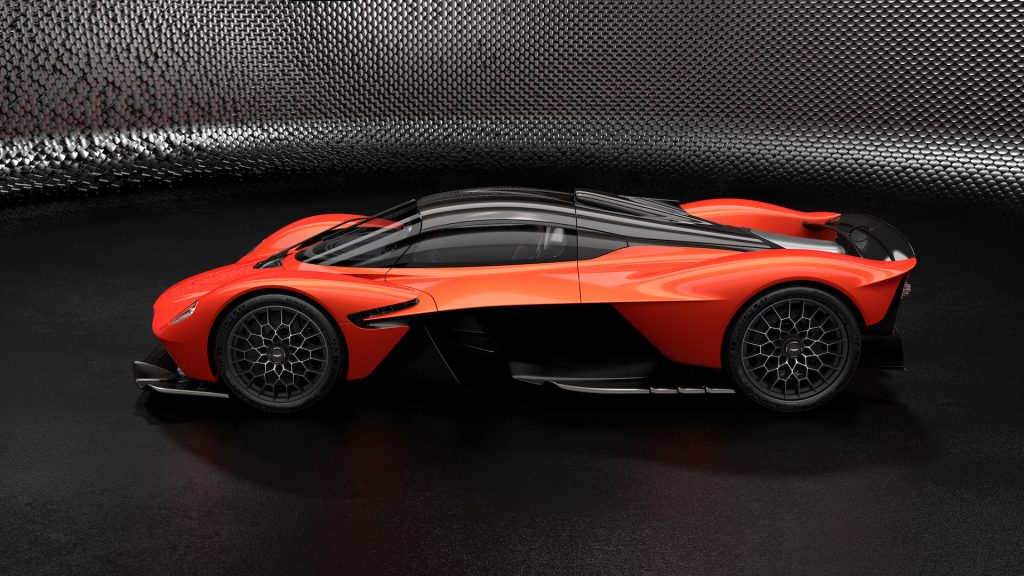 Last week the British brand finally announced that their upcoming hypercar called the Valkyrie will pack a whopping 1,175 hp (876 kW) with a redline rpm of 11,100.

The 6.5-litre V12 has been developed by Cosworth and even though they initially claimed it would produce 1,130 hp (843 kW) at 1,014 hp (756 kW) it is still one of the most powerful naturally-aspirated engines in the world. A KERS-style hybrid system contributes the other 162 hp (121 kW). Rimac supplies the batteries and Integral Powertrain Ltd. provides the electric motor.

Aston Martin was also keen to highlight that the powertrain does more than simply power the car; everything works like a well-orchestrated concert to create a lighter and more rigid supercar. The V12 and transmission casing are both important components of the vehicle structure, and the casing actually provides rear suspension mounting points. The hybrid system’s battery pack also includes all relevant subsystems for power electronics.