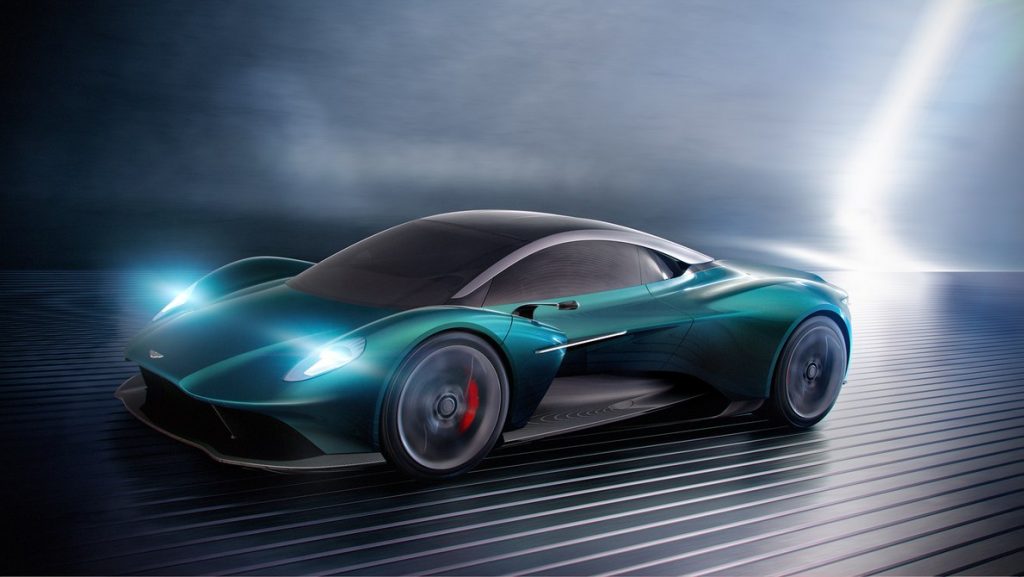 Rumors and teasers and speculation can start calming now that Aston Martin has revealed the Vanquish Vision Concept at the Geneva Motor Show.

It gives us our first preview at a series production mid-engine supercar from the British marque. The cool concept revives the Vanquish name and joins the Lagonda All-Terrain Concept and AM-RB 003 at this year’s Geneva motor show.

The concept features a clamshell front fender with slots that allow you to see through to its tyres. It packs a new V6 engine that will make its debut in the AM-RB 003 in hybrid turbo form. Aston doesn’t say whether that will be the only engine option available, but we’d guess not if this is indeed aimed at the successor to the Ferrari 488 GTB, the F8 Tributo that was just revealed.

The AM-RB 003 and the Vanquish Vision Concept features a “bespoke bonded chassis” and was developed by Max Szwaj, Aston Martin chief technical officer.

“Creating a car like this for Aston Martin is a challenge I have relished since joining back in 2017. Although it takes Aston Martin into new territory, it does so with the benefit of hard-won knowledge, ground-breaking ideas and an uncompromising mindset,” said Szwaj, in a release. “The full engineering story of this car is yet to be told, but what you see here should tell you this car will not only compete at the highest level, but it will do so in a manner and style unique to Aston Martin.”