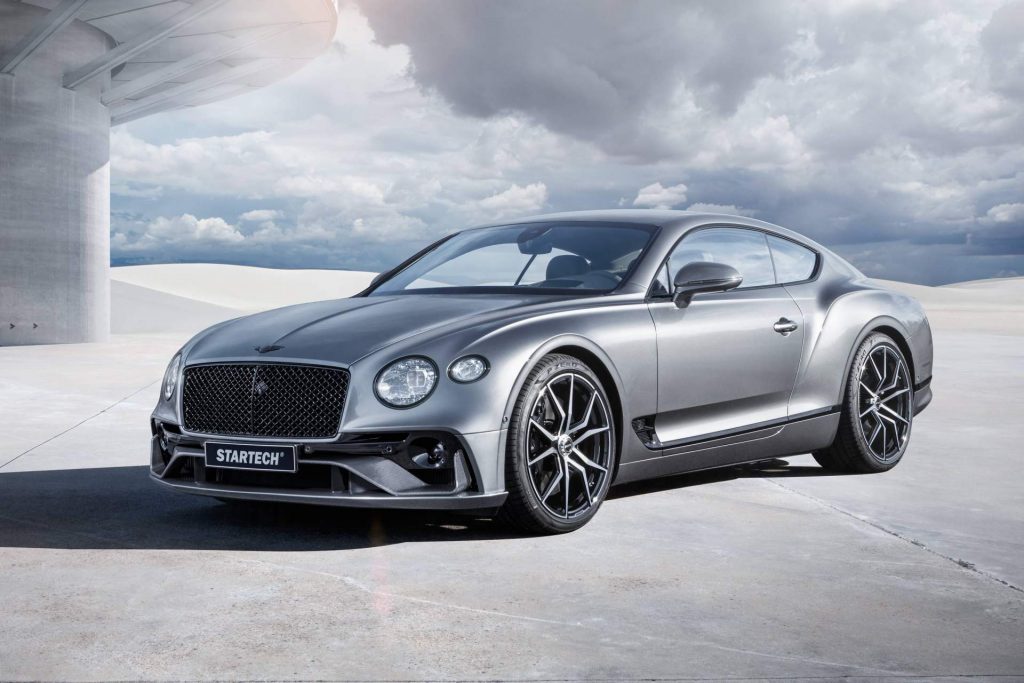 Startech has revealed their take on the new Bentley Continental GT which will be revealed at the Geneva Motor Show.

Startech is Brabus-owned which means no expense has been spared on the interior but the exterior has also been given some nice cosmetic upgrades giving the British GT a lot more presence.

Startech has fitted an aero kit that uses optional naked carbon components, 22-inch forged wheels, and a suspension lowering kit. All these upgrades combined result in a meaner appearance without taking the civilized Conti GT into vulgar territory.

At the front you will see a new fascia that’s said to optimize the flow of cooling air to the intercooler and the front brakes. At the same time, it helps reduce front-axle lift at high speeds, further optimizing stability.

At the rear, the center of attention is the bumper that features a carbon diffuser with five fins and a central LED light module that serves both as a rear fog lamp and as a backup light. A naked-carbon spoiler lip rounds off the exterior modifications.

As previously mentioned, the interior is quite something with the show car sporting a two-tone grey and brown leather spec including the footwells where the GT features stitched quilted leather matching the square upholstery pattern of the seats.