Range Rover Coupe Happening But Not From Land Rover 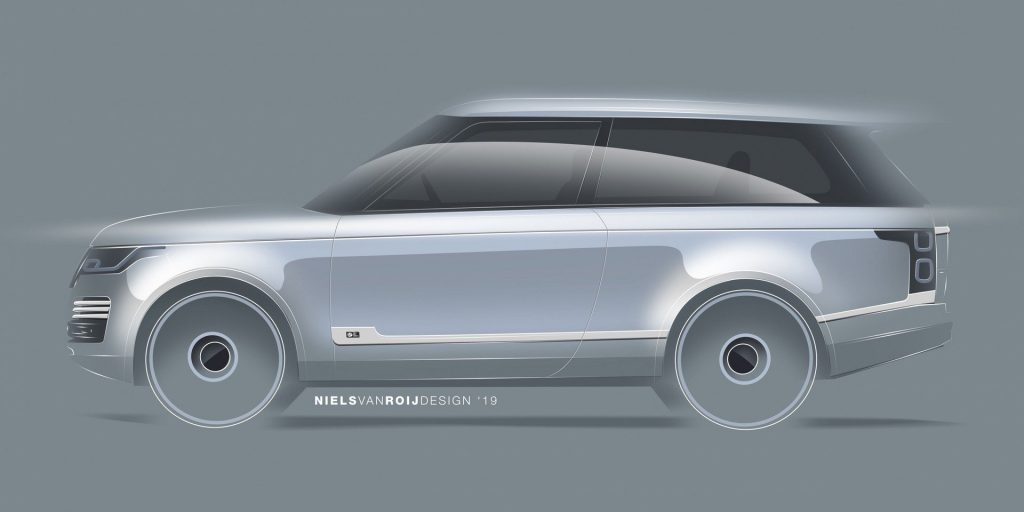 Earlier this year we heard that Jaguar Land Rover had killed off plans to produce the Range Rover SV Coupe which left a few potential owners around the world rather upset.

Niels van Roij Design did not agree with this decision so they will be building their own version called the Adventum Coupe.

The London-based firm will transform the Range Rover into a limited edition coupe which features aluminium bodywork and a sloping roofline.

Niels van Roij Design didn’t say much about the exterior, but the company confirmed the cabin can be extensively customized. Among the options are highly-polished wood trims, personalized tread plates and custom leather seats with handcrafted embroidery. Customers will also be able to order “tweeds and exotic materials not normally found in the realm of automotive design.”

According to the designer, the original two-door Range Rover was an “exemplary work of industrial design” and they’re aiming to honor it with this offering.

Production will be limited to 100 units and the first Range Rover coupe is already under construction. The company says the conversion will take approximately six months to complete and interested customers can get the ball rolling by making a £50,000 (R1 million) deposit.