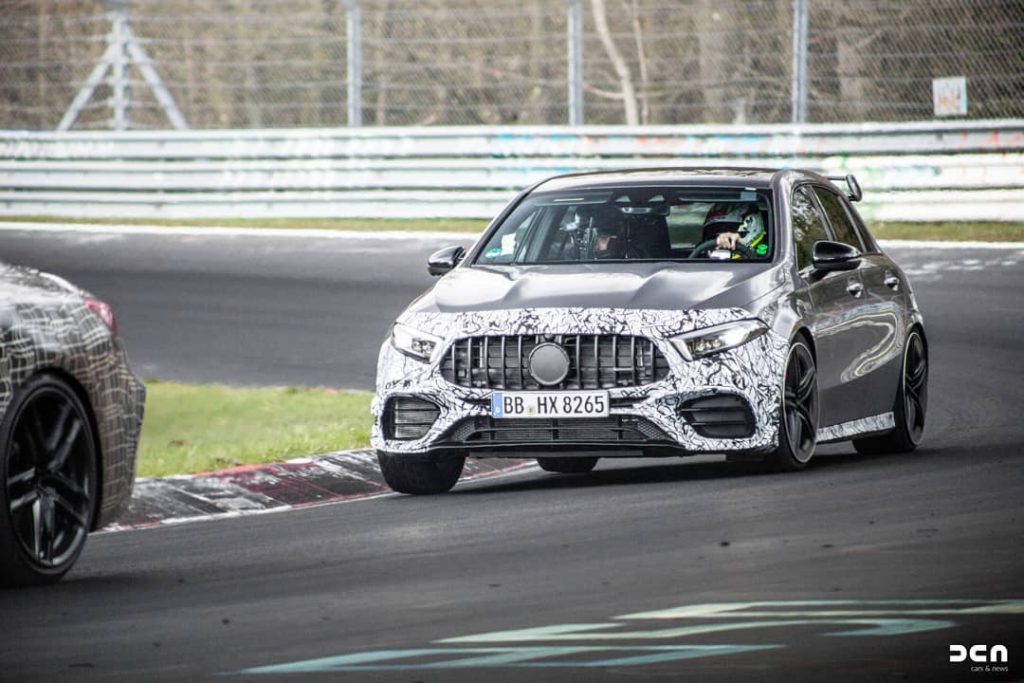 Recently at the 2019 New York Auto Show, Tobias Moers, head of AMG confirmed that the new Mercedes-AMG A45 will have 420 hp (313 kW) making it the most powerful production-car four-cylinder ever.

This also means it has one of the highest specific outputs we’ve ever seen at 210 hp per litre. Currently, the only other automaker offering more than 200 hp per litre is Koenigsegg.

The new AMG motor achieves this output thanks to a single turbo. Small displacement and a big turbo makes us worry about lag, but Moers promises the new car will have a better throttle response than the previous 45-series four-cylinder.

Potential customers need not worry about it being a tinkered with unit of the previous 45 as Moers confirmed that it is a totally new design.

While 420 horsepower would make the A45 the most powerful hot hatch on the market, Moers says the chassis can handle even more power. AMG is really going to town on the new 45-series, with a stiffer body shell and a trick all-wheel-drive system with a new type of Drift Mode.