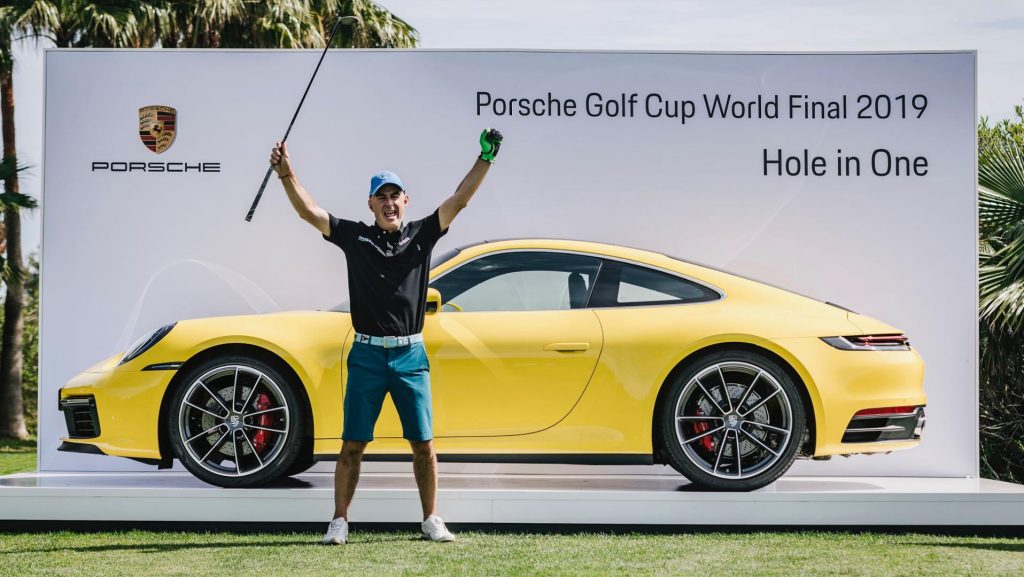 This past weekend, Italian golfer Marco Leoni made the shot of a lifetime and as a result got to drive home in a brand new Porsche 911 Carrera S.

Lining up his shot from the tee, Leoni selected a hybrid 4 fairway wood, and made his swing. According to him, he couldn’t see exactly where his ball landed. When the crowd started cheering is when he realized that he had fulfilled the dream of many a golfer by landing a hole in one.

As part of the tournament, Porsche had a special prize up for grabs for participants in the tournament. A hole in one on the 18th hole would be rewarded with a brand new, bright yellow Porsche 911 Carrera S.

Porsche has been hosting this amateur golf tournament for Porsche customers for the past six years but this is the first time that anyone has won a car thanks to a hole in one.

While Leoni didn’t win the tournament, he won something rather special to take home with him.