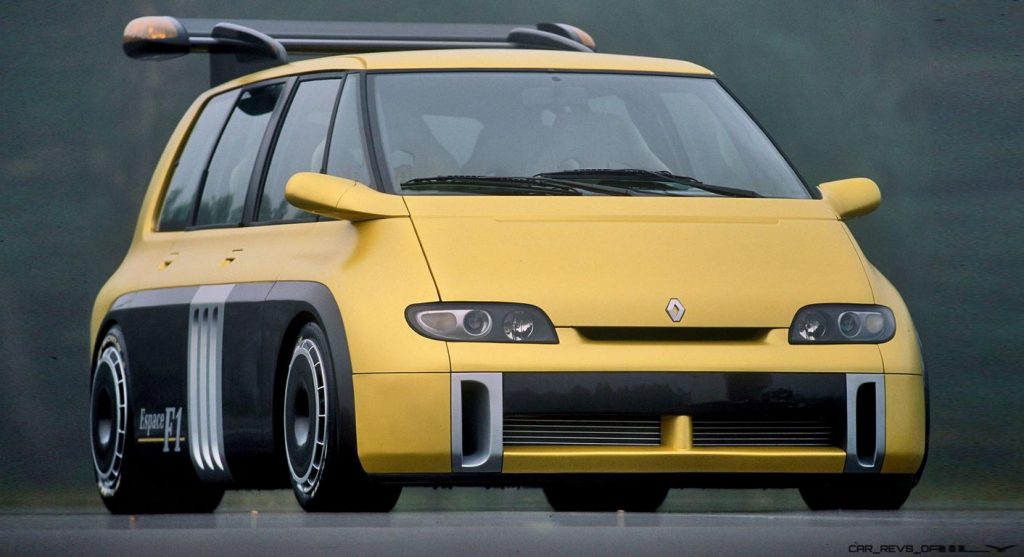 The Renault Espace was launched in 1985 and after being on sale for a decade, Renault decided they needed to make more noise about its people carrier.

What better way to do it than by teaming up with the Williams Formula 1 team, which was then at the peak of its powers, having dominated the 1992 and 1993 F1 world championships with a Renault V10 powering its cars?

The result was the insane one-off Espace F1 which was fitted with the FW14’s naturally aspirated 3.5-litre, 40-valve V10, producing around 800 hp (597 kW) and 705 Nm (520 lb-ft) and capable of revving beyond 13,000 rpm. This was mounted in the middle of the car, where the kids usually go. It sent drive to the rear wheels through a six-speed, semi-automatic sequential gearbox.

It was built on a carbon fibre chassis, the aft section of which was sourced directly from the Alain Prost-piloted 1993 Williams FW14, suspension and all. The body was a carbon fibre-reinforced version of the standard Espace’s bodywork with appropriate bulges, vents and spoilers affixed.

Stopping power came from huge carbon fibre disc brakes, which Renault claimed could bring the Espace F1 to a stop with just 10% more road than a regular F1 car.

Check out the videos below and don’t forget to pop in those headphones.