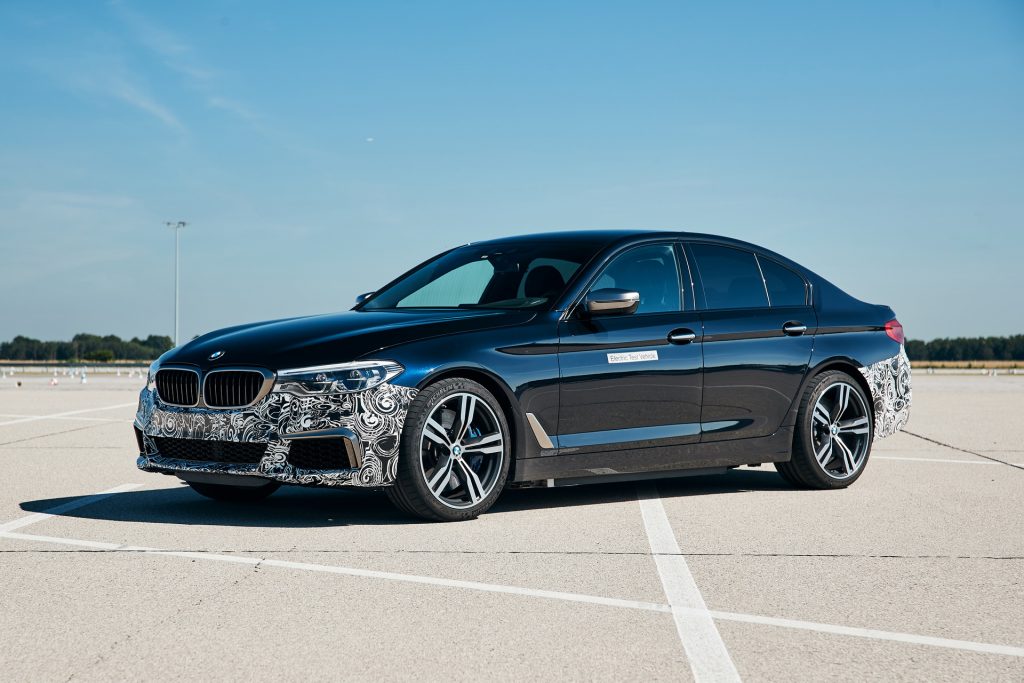 What you are seeing here is a BMW Group trial vehicle called “Power BEV” and although it looks like an ordinary 5 Series, it is, in fact, the complete opposite.

This all-electric BMW (based on the M550i xDrive) packs more power than an M5 Competition and an astronomical amount of torque.

This enables it to accelerate from 0 to 100 km/h (62 mph) in comfortably under three seconds which is rather impressive considering it weighs 2,404 kg.

One of the electric motors is mounted at the front axle while the other two sit at the back.

While this pure electric 5 Series won’t be going into production, it does prove BMW has what it takes to make an EV exciting for performance car enthusiasts rather than catering only to the green car crowd.