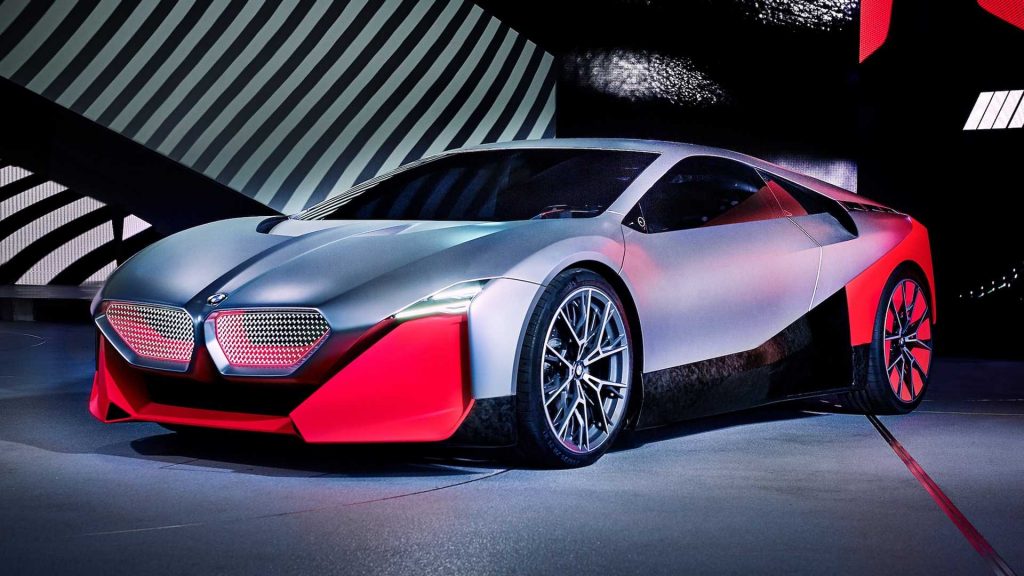 The Bavarian manufacturer is calling this Vision M Next Concept a look into the future of the BMW sports car. The concept takes the form of a striking mid-engined plug-in hybrid not dissimilar to the current i8, but offers more power and capability.

You should be able to see a clear design reference to the iconic Giugiaro-designed BMW M1, and the M1 Hommage concept of a few years ago.

Just like the i8, the Vision M concept is a plug-in hybrid that combines an internal combustion engine with a selection of electric motors and a lithium ion battery pack. Although BMW is keeping their cards close to their chest, it has confirmed that the internal combustion engine is a four-cylinder turbocharged petrol that combines with electric motors to produce the car’s peak power output of 600 hp (441 kW).

It can apparently run in both rear-wheel drive, and electrified all-wheel drive modes, alluding to the fitment of a front-mounted electric motor providing drive to the front wheels, as in the current i8. Performance is suitably impressive, with a projected 0 to 100 km/h time of 3.0 seconds and a top speed of 300 km/h.

The BMW Vision M Next Concept distinguishes itself visually from the i8 (and anything, really) with unique color blocking at both ends. The front and rear portions of the vehicle, finished in a matte neon Thrilling Orange paint job, pop against the rest of the concept’s silk-matte Cast Silver metallic paintwork. The wheels are notable, too. The front rims wear a traditional silver-and-black two-tone finish, while the rear sets use the same spoke design, but now with Thrilling Orange inserts to match the body.

Of course, the iconic dual kidney grille carries over. And as with most modern BMWs, it takes up a significant portion of the front fascia. In this case, it also hides Thrilling Orange inserts behind it.

The M Next Concept’s interior is as radically styled as its exterior suggests. Facial recognition opens the gullwing doors with simply a glance. Once inside, an augmented reality head-up display, curved glass center display, and sleek digital dashboard display information in real time.