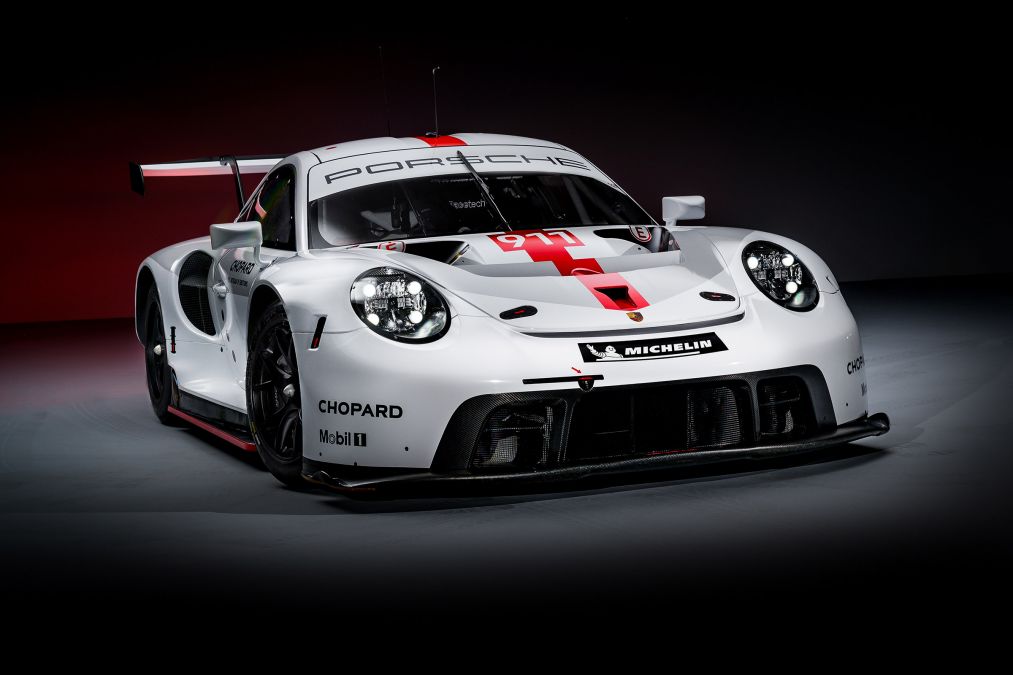 Porsche took the covers off their new 911 RSR race car this weekend at the Goodwood Festival of Speed and although the model is still based on the previous-generation 911, Porsche insists that the new RSR is 95 percent new, with a larger flat-six engine, refined aerodynamics and new racing tech underpinning the RSR’s development.

The biggest change is the 4194cc flat-six engine which becomes the largest ever fitted to a factory Porsche 911 road or race car.

The exhaust system is completely new too with the outlets now exiting on either side of the body, just ahead of the rear wheels. Yes this does look as cool as ever but they also allowed engineers to further optimise the rear diffuser, as part of a wider aerodynamic overhaul.

Porsche says, that the new RSR shares only its headlights, brakes, clutch, driver’s seat and some basic suspension components with the previous 911 RSR.

The new Porsche 911 RSR will debut in September this year, when it will defend its GTE-Pro title in the FIA WEC opener at Silverstone, while ISMA series and customer teams will debut the car later in 2020.