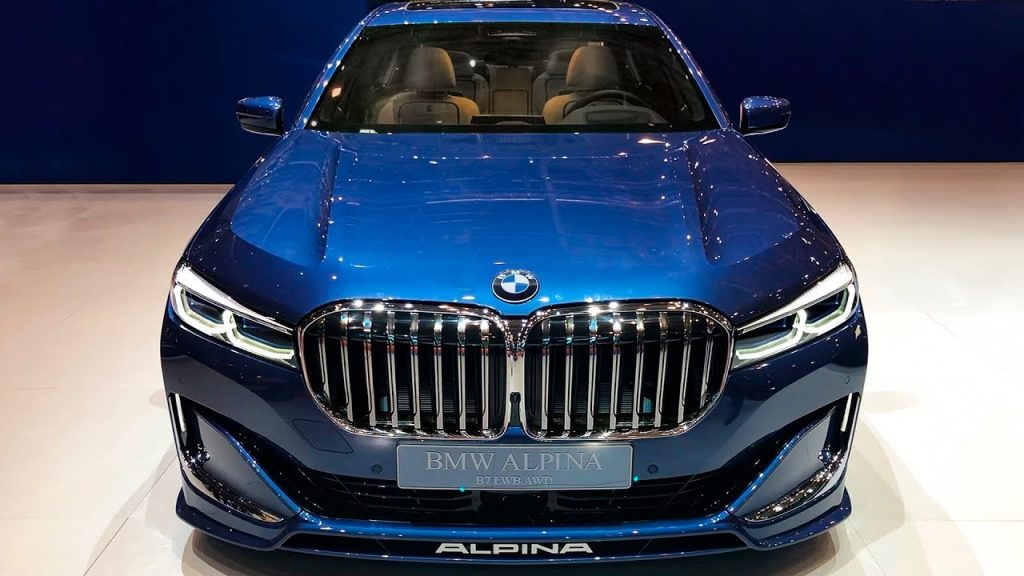 Those craving the full 600 ponies (447 kW) from BMW’s luxury limo have only had one choice which is the M760Li. While this sports limo offers a juicy blend of luxury and sportiness, its V12 powerplant has little to no mercy on fuel. This probably does not pose as a problem to the average 7-Series buyer but Alpina has solved the problem anyway with the new B7 set for 2020.

The new BMW Alpina B7 boasts the same 600 hp (447 kW) as the M760Li, but because the ponies here come from a 4.4-litre twin-turbo V8 there is effectively less fuel guzzled. Fuel economy, however, is not the B7’s specialty: despite it having a significantly smaller engine, this is the only 7-Series you can buy that can crack 330 km/h! The top speed does not only give you bragging rights over the M760Li but to external competition as well, as the Mercedes-AMG S63 will top out before that mark.

The 2020 BMW Alpina B7 also cuts the 0-100 km/h sprint by a tenth of a second from that of the M760Li. However, don’t think that this 5-meter luxury sedan has ditched its limo characteristic in favour of sportiness. As expected from a 7-Series, the insane speeds can still be enjoyed in luxury and comfort, much of this is owed to the B7’s opulent interior. For starters, Nappa leather comes as standard with a choice of having it quilted if you’re willing to pay a bit extra. Speaking of optional extras, there also Merino leather available and if you’re looking for a full-spec luxury setup you can opt for a rear executive lounge seating package with reclining seats and footrests, lounge center console, lavish rear buckets, and individual entertainment systems.

Alpina also makes sure that occupants are occasionally reminded that they’re indeed sitting in an Alpina-tweaked 7-Series; the B7 boasts a placard on the center console as well as Alpina’s button-style fingertip gear selectors.

While Alpina’s touches are kept fairly minimal on the interior, the tuner has tweaked just about everything performance-related in the 7-Series including the rear-axle steering, air suspension, dynamic dampers, and all-wheel drive chassis to acclimatise to the stiffer chassis. With the new wheel/tyre setup the braking has also been upgraded to match the power gains.

The 2020 BMW Alpina B7 may be a bit ambiguous than perhaps strictly necessary, but we’ve got to give it to the guys at Alpina for making the world a better place by dishing out such an alternative to the M760i.