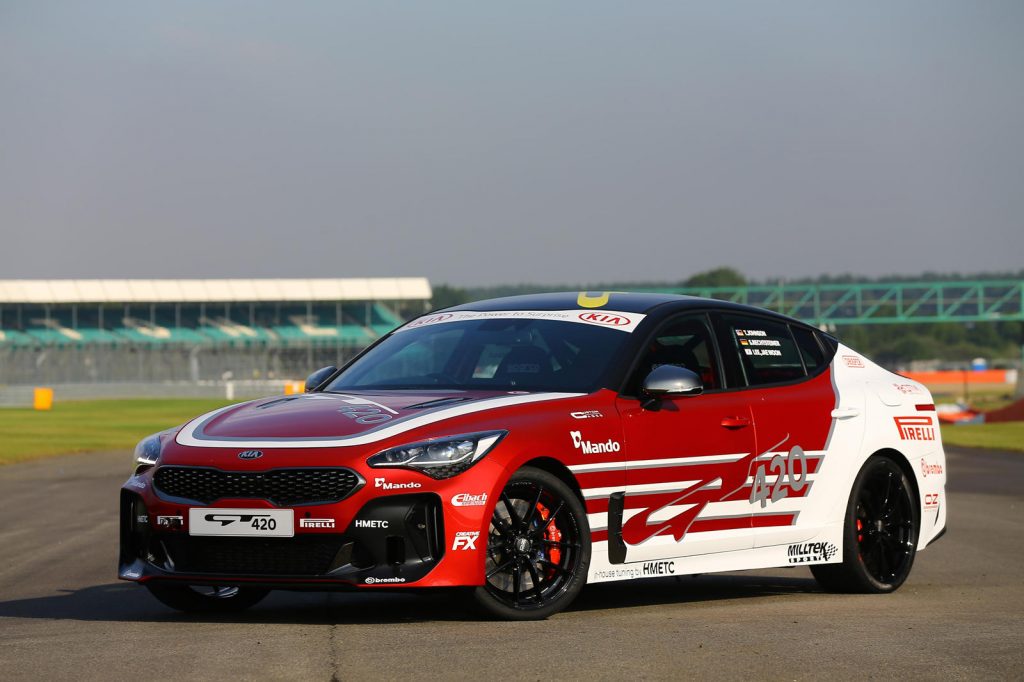 The Kia Stinger is Kia’s first take at a more driver-focused sports car. While we don’t have too many of them here in South Africa, it certainly has had the automotive world talking about what Kia is capable of. At the moment we only have the one version of the car available – the 3.3-litre, V6 twin-turbo engine that puts out 365 horsepower (272 kW) and 509 Nm of torque. Will there be a performance variant of it in the future? Well, nothing is confirmed but Kia thought they’ll have a go to see what’s possible.

The result of their efforts is the Stinger GT420, a one-off, souped-up version of the standard car. The car Kia has given the treatment was actually a pre-production homologation car that was used to test the Stinger and was also the car used by The Grand Tour and Top Gear when they tested the car. The car was destined for the scrap heap, but instead, Kia wisely did otherwise.

The GT420’s has been poked with a stick a little bit now making 422 HP and 560 Nm of torque. The car has also been on a bit of a diet meaning the airbags, sound system, interior trim, seats and seatbelts and rear window regulators were all thrown out of the window. The engine cover, undercovers, parking sensors, boot and bonnet dampers and rear bumper beam were also eliminated. The result of all the weight saving is a weight reduction of about 150 kilograms.

To make the car look even more sporty, Kia has added a new front and rear splitter as well as a rear spoiler. The GT420 also sounds better thanks to Milltek Sport exhaust system. The overall result is a car we wished Kia would actually put into production. But who knows, perhaps this has only whetted the Kia engineers’ appetite to create more epic projects like this.

Kia
Share. Facebook Email Twitter LinkedIn WhatsApp Telegram
Previous ArticleNew Mercedes-AMG A 45 and CLA 45 Are Quieter Than Predecessors
Next Article The Most Common Causes of Car Breakdown in Ireland