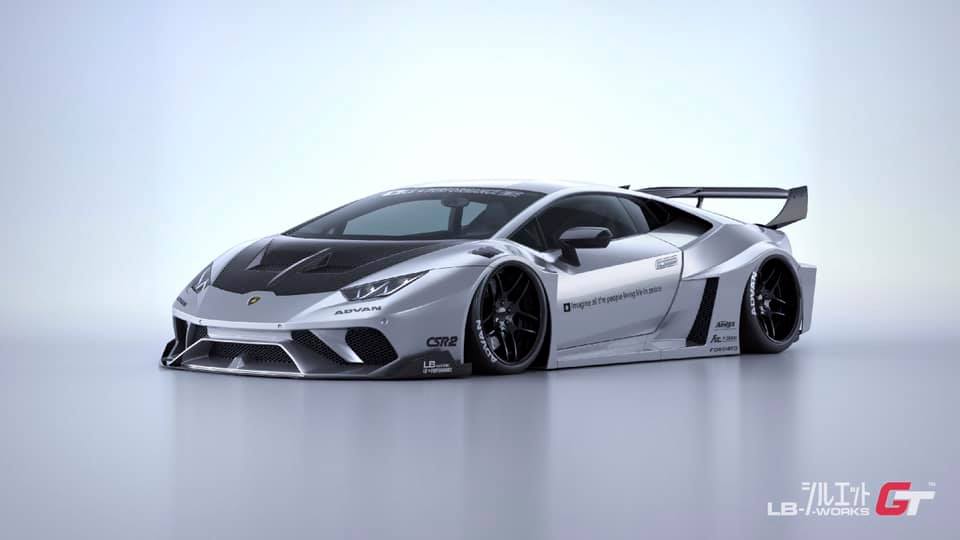 Lamborghini is very well-known for their in-your-face, outlandish design. While the Huracan isn’t exactly boring, some have said that the design was a bit too tame. Fortunately, for those people, there is a tuning company in Japan called Liberty Walk, which you have probably heard of, and while they have created a body kit for the Huracan in the past, they have just released a brand new one.

The car has been named the Silhouette Works GT and from every angle it shouts pure aggression. A new front bumper and splitter together with the revised carbon-fibre bonnet give the Lambo a very menacing appearance indeed. Of course, what would a Liberty Walk Lambo be without some flared wheel arches? What makes the Silhouette Works GT different to the previous kit, though, is that it doesn’t have exposed rivets and instead is added seamlessly to the body.

Move to the side and you will find two added vents on the front and rear wheel arch on each side of the car. Four Forgiato wheels are also part of the deal.

The rear is where things get really exciting, though. It is pretty difficult to miss the imposing rear spoiler housed at the back together with the shark fin which is a bit reminiscent of the Lamborghini Veneno perhaps.  Of course, the rear diffuser has also been redesigned. We don’t know exactly what aftermarket exhaust is fitted, or indeed if one will be fitted, but Liberty Walk have enlarged the tailpipes for more look-at-me looks. Oh, and did we mention the car is rather low?

Liberty Walk will be showing their new creation to the public at this year’s SEMA show in November. Considering we have one previous-gen Liberty Walk Huracan in South Africa, we can only hope somebody will fork out the cash to build one of these ones in the country too.