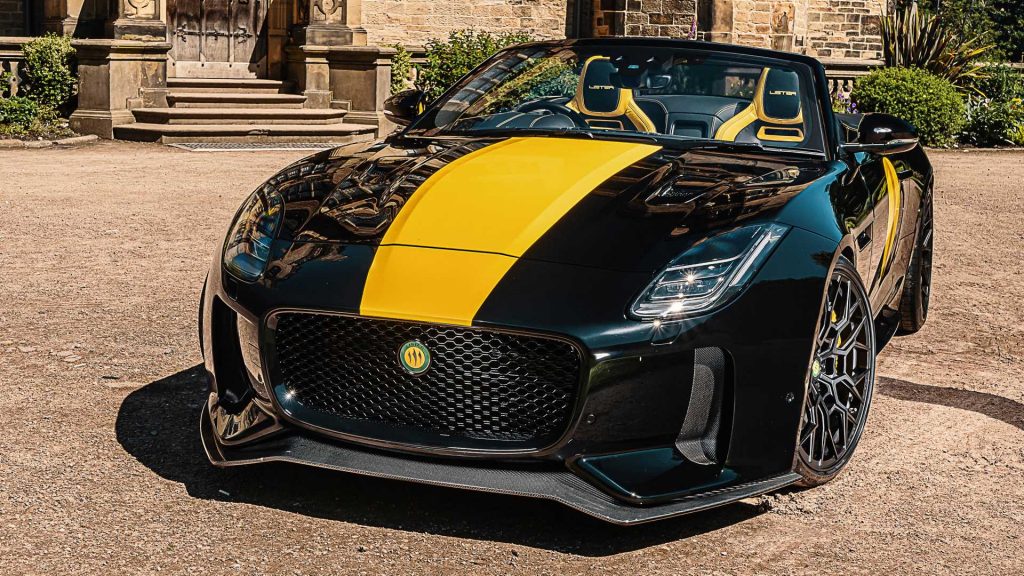 Not too many people out there will decide that their Jaguar F-Type SVR Convertible is underpowered considering it pushes out 575 hp (429 kW) but the folks at Lister are here to help if there is no such thing as too much power.

The first LFT-C has been completed to show what you get after spending £139,000 on what is one of the most powerful convertibles out there.

It features the Jag’s 5.0-litre supercharged V8, which is tuned by Lister to produce a whopping 675 hp (503 kW). That power, combined with new carbon body panels, means the LFT-C has a top speed in excess of 330 km/h (205mph) and will get to 100 km/h from a standstill in just over three seconds.

There’s more to the LFT-C than the extra power as Lister has also created bespoke carbon fiber body panels, which not only shave off weight but also make the convertible look meaner while improving aero. Upgrades compared to a standard F-Type Convertible include beefier rear wheel arches and a modified front grille design, while the front bumper and its splitter are also new. At the back, Lister has tweaked the diffuser and has also installed a spoiler lip.