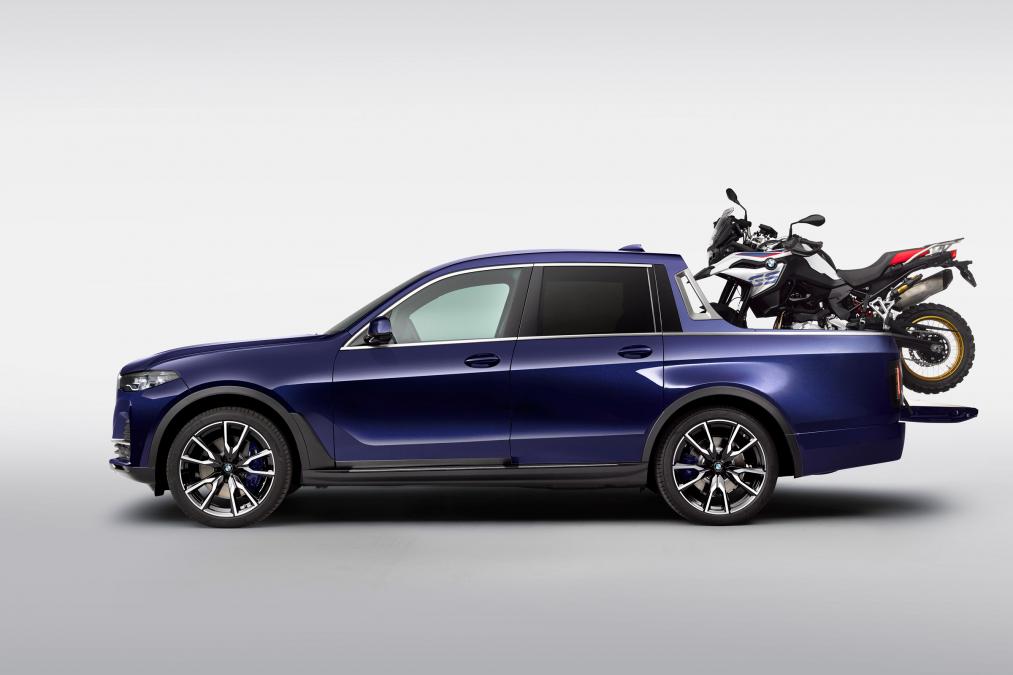 No this is not an April fools joke because BMW themselves commissioned a bespoke X7 pickup truck (bakkie) for its annual motorcycle summit.

The one-off concept was built over the course of ten months by a team of twelve apprentices, who outfitted it with adjustable suspension and a custom load bed, suitable for transporting the BMW F 850 GS Touring Motorcycle.

This particular X7 was a development mule and destined to be scrapped but the apprentices saved its life.

The rear cabin was removed and it was replaced with a handmade, teak and carbon fibre lined load bed, complete with 3D-printed trim strips, bespoke grab-handles and motorcycle tie-down points. The body work is finished in exclusive Tanzanite Blue paint.

Thanks to the missing body work and the use of carbon fibre reinforced plastic on its roof, rear doors and rear tailgate, it is around 200 kg lighter than the regular X7.

Under the hood sits a turbocharged 3.0-litre straight-six petrol (xDrive40i), with 335 hp (250 kW) and 450Nm of torque which, like the standard X7, is fed to all four wheels via an eight-speed automatic gearbox. BMW hasn’t quoted any official performance figures but, due to the weight saving, we expect a sub-six second 0 to 100 km/h time, improving over the standard car’s 6.1 second time.

Despite the concept being fully functional and completely road-legal, BMW has no plans to put the X7 pick-up truck into production.