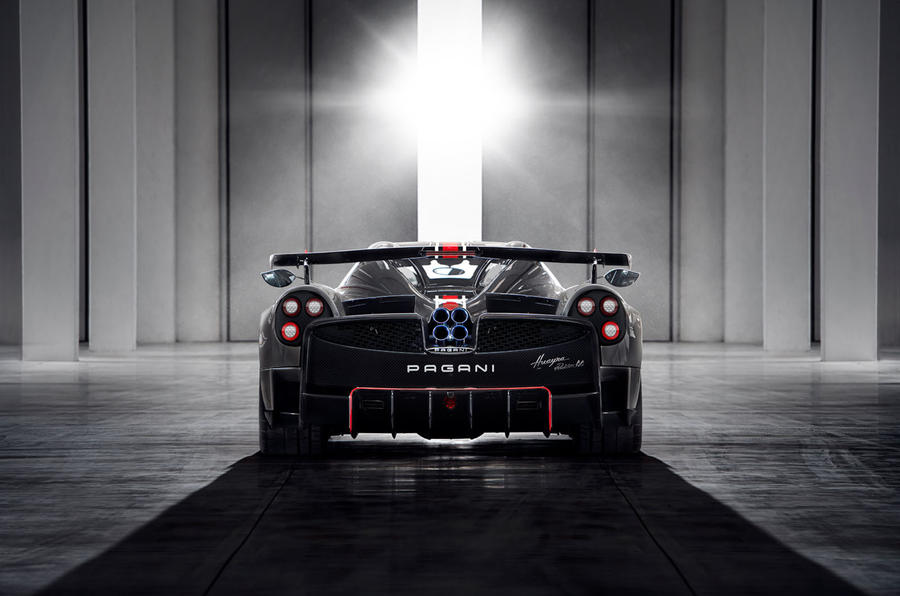 There are very few cars that come straight from the factory with six exhausts with the only ones springing to mind being the Bugatti La Voiture Noire and the Black Badge versions of the Rolls-Royce Wraith and Dawn.

Well, now there is another as the new Pagani Huayra Roadster BC has a specifically developed titanium exhaust system. It has the usual quad tips where you’d expect them to be, plus two more hidden in the menacing rear diffuser. Shmee150 had the opportunity to take a closer look at the Huayra Roadster BC at Pagani’s factory, and you can see him filming the two tiny exhaust tips at the 9:52 mark.

The manufacturer explains, there are “two extra direct outlets from the catalytic converters to exploit the blown diffuser principle and generate further downforce.”

The video gives us the opportunity to admire Pagani’s amazing attention to detail with everything from the engine to the smallest bolt being meticulously developed. Production will be limited to strictly 40 examples, and with the “65” cars from Mercedes going out of production, this will be the only way to join the V12 AMG club.

As a reminder, the exhaust is hooked up to Mercedes-AMG’s 6.0-litre V12 twin-turbo engine tailor-made to the Huayra Roadster BC, complete with 791 horsepower (590 kW) and 1,050 Nm of torque.