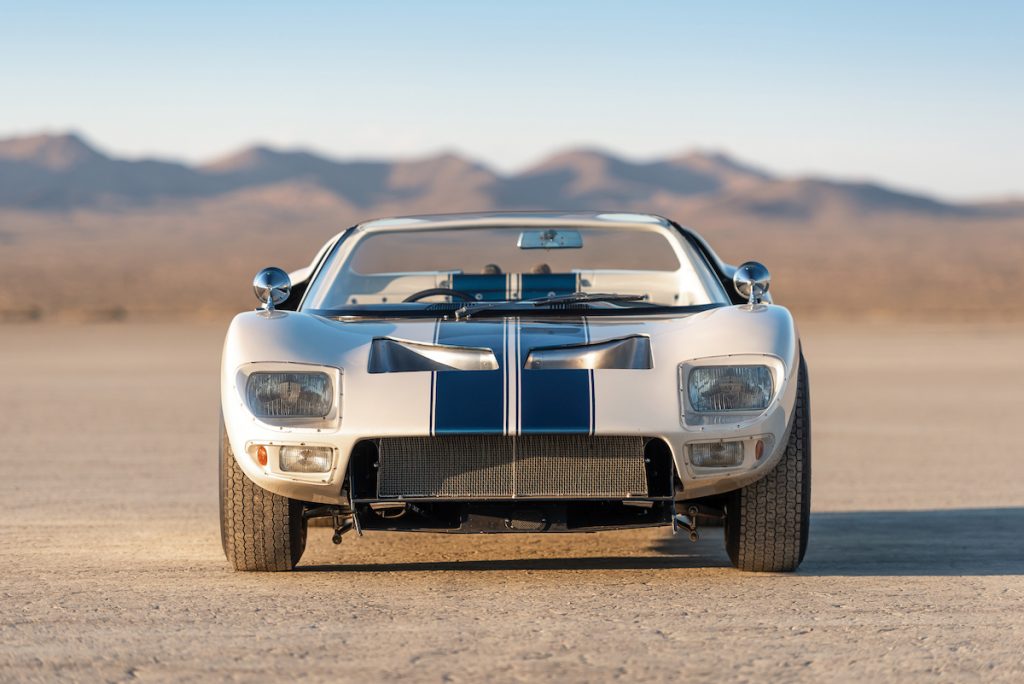 Monterey Car Week is just around the corner which means some special machines are going to crop up to visit and to be auctioned off. RM Sotheby’s has in the past featured some of the most historic and expensive vehicles ever sold at auction and this year they are offering this Ford GT40 Roadster prototype valued at nearly $9 million (approx R130 million).

This car, GT/108, is one of 12 prototype GT40’s built for Ford’s famous Le Mans development program and is said to be the only surviving example of the five Roadster-bodied prototypes included in that figure. Not only this, but it was also the first car finished at the Ford Advanced Vehicles facility in Slough, England (Ford motorsport’s headquarters across the Atlantic). It was used for testing purposes at Silverstone Circuit in March 1965, driven by Dickie Attwood and Sir John Witmore.

After its stint at Silverstone, the car was snatched up by Carroll Shelby and sent to his shop in Southern California for “test purposes,” touching down on American soil for the first time in its life. Ford test driver Ken Miles drove the car at Laguna Seca and, later, two-time Formula 1 world champion Jim Clark got behind the wheel at Watkins Glen, both for demonstration laps of Ford’s fresh open-top Le Mans prototype. RM Sotheby’s notes that this is also the only GT40 that Henry Ford II ever rode in, with Carroll Shelby himself in the driver’s seat.