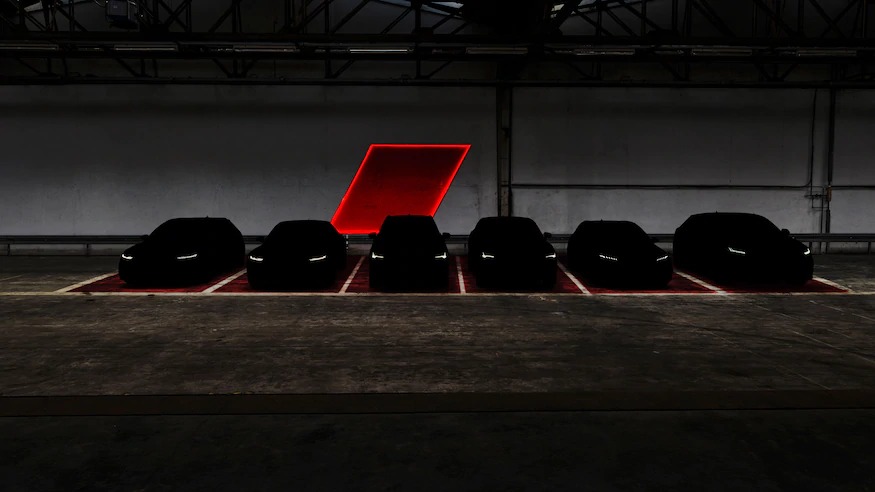 Audi Sport has a rather busy year ahead of them as they will introduce a total of six RS cars until the end of 2019. The shadowy teaser image previews all of them, and it’s really not all that hard to identify the cars we’ll see in the months to come with the signature dual oval exhausts.

So what are we expecting then? Firstly we will see the new RS Q3 and an RS Q3 Sportback. Both will share the glorious inline-five 2.5-litre turbocharged engine with somewhere in the region of 400 horsepower.

Then there is the new RS7 Sportback which could be revealed rather soon to compete against the likes of the Mercedes-AMG GT 4-Door Coupe and BMW M8 Gran Coupe. Then there will be an RS6 Avant sharing a powertrain with the RS7.

The flagship performance SUV will undoubtedly be the RS Q8, which not only has been spied more than a few times, but it has also been previewed by Audi through the Q8 Sport concept.

As far as the sixth car is concerned, it might be the RS4 Avant facelift seeing as how the lesser members of the A4 range have all received a mid-cycle refresh this year.