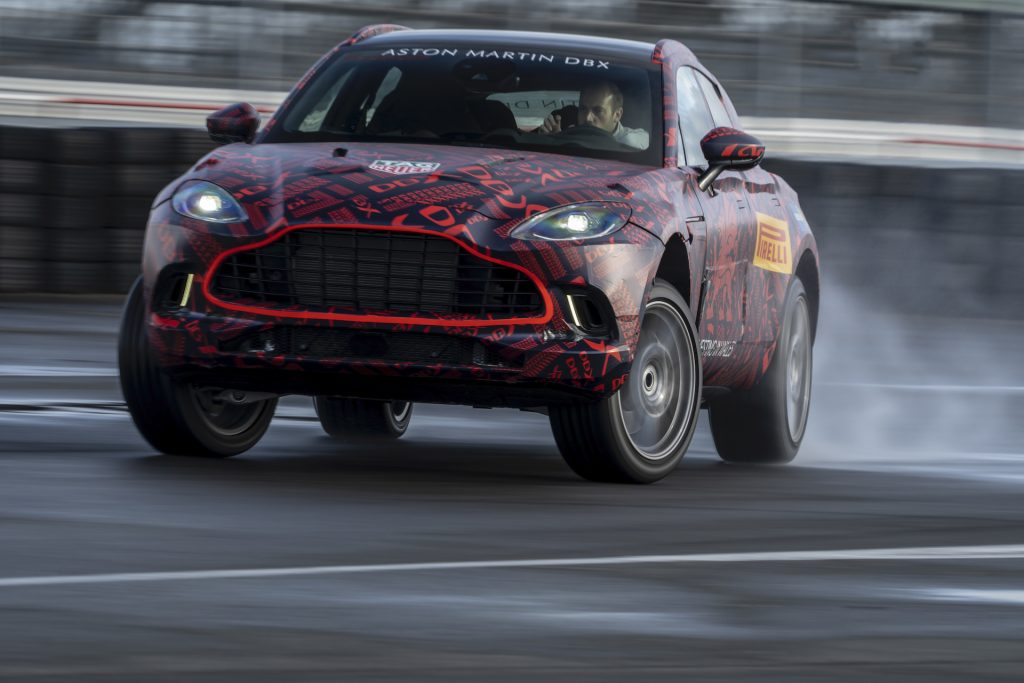 It is almost time for us to see the long-awaited Aston Martin SUV known as the DBX but before we do, an official press release has confirmed what will be hiding under the hood.

The engine at launch will be a 4.0-litre twin-turbocharged V8 (supplied by Mercedes-AMG) delivering 542 hp (404 kW) and 700 Nm of torque. It’s the most powerful V8 in the British brand’s current lineup, though the DBX should also be the largest Aston by a wide margin. A V12 variant is believed to be in the pipeline, but thus far the only confirmed mill is this boosted V8.

The teaser video below gives us our first decent preview of the engine sound and it certainly is unique to the DBX. The engineers worked on the exhaust system so that the sound of the DBX reflects a deep bass with increasing mid-tones, Aston Martin said.

“We have concentrated our work to ensure that the calibration and tune of this 4.0-litre twin-turbo V8 delivers both the everyday usability and refinement expected by SUV owners,” said Matt Becker, Aston Martin’s chief engineer. “However, we have also focused heavily on matching that with the engaging driving dynamics that are commanded by our brand and inherent in every Aston Martin and early indications of the car’s overall performance have been incredibly promising.”