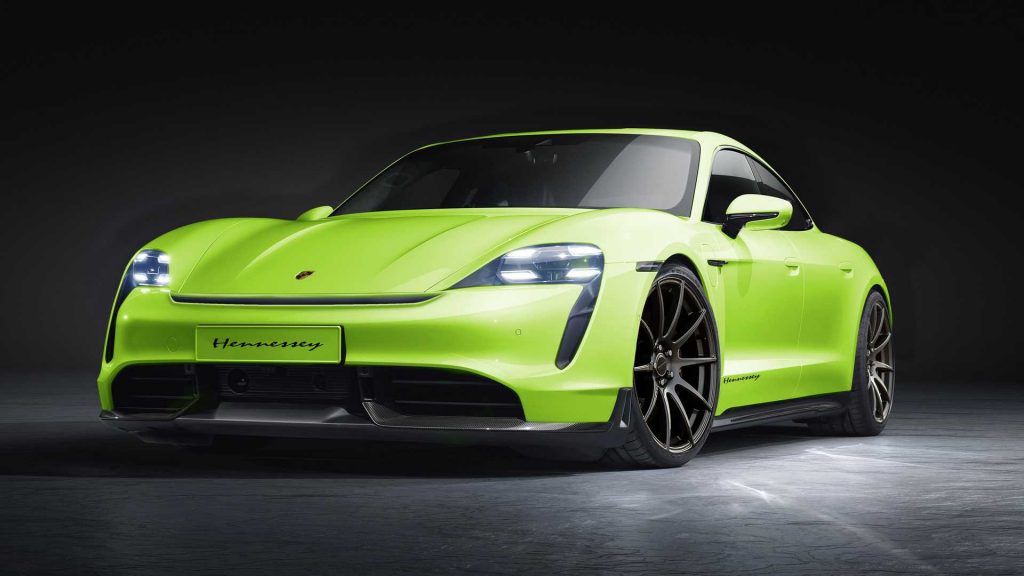 The folks at Hennessey Performance have supercharged and boosted everything from pick-up trucks to Corvettes and now they are planning on entering the shiny new world of electric cars with their first target being the freshly revealed Porsche Taycan.

“We’ve been planning to do something with electrified vehicles for a while now,” explains HPE boss John Hennessey. “We felt that the new Porsche Taycan was the right platform from which to modify our first EV.”

Don’t expect a ridiculous output increase as the tuner plans to initially offer aesthetic updates in the form of tweaked bodywork, cool wheels, and interior upgrades. From there, extracting more power from the Taycan’s electric powertrain will be explored if customer demand is strong enough.

Hennessey will get a new Taycan at some point next year, and the first round of mods will include wheels, tyres, interior upgrades and more aggressive front and rear bumpers. “After that,” John adds, “we will see what might be possible in terms of adding more power.”

“Nearly all of our clients still want raw, powerful ICE engines. But some of them have begun to add an EV to their collections for daily driver duties. We don’t want to reinvent the wheel in the electrified market, we just want to make it roll a little faster and cooler!” added Hennessey.