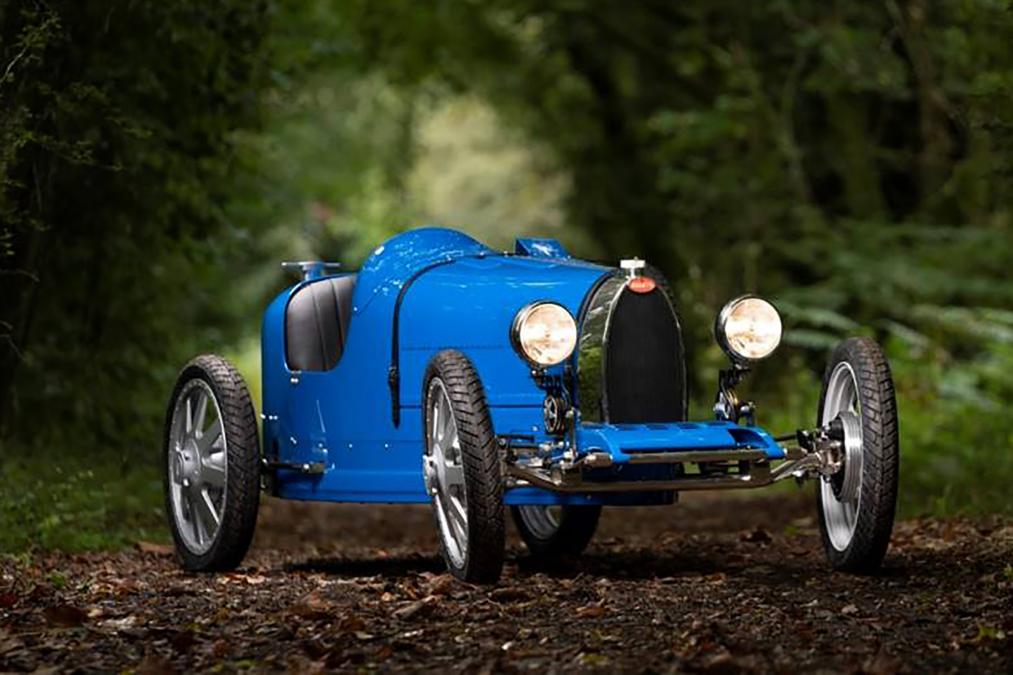 As part of its 110th-anniversary celebration, Bugatti has built a scaled-down, all-electric replica of the Bugatti Type 35, called the Baby II.

The manufacturer partnered with the Little Car Company to build this toy but you will need to be rather flush to be adding this to your (kids) collection. The original Baby was a tight squeeze for children at 50 percent scale, so the Baby II has been increased to 75 percent scale so children and adults can both enjoy it. Bugatti has even added a sliding pedal box to make it easier for adults to drive it.

Limited to just 500 examples (all of which are already sold) it will set you back €30,000 (approx. R500k). The Bugatti Baby II is powered by an electric motor, fed by either a 1.4kWh or optional 2.8kWh lithium-ion battery pack. As standard, the drivetrain is fitted with a regenerative braking system and a limited-slip differential. The rear-wheel-drive powertrain has two selectable power modes: 1kW child mode with a top speed of 12 mph (20 km/h) and a 4kW adult mode with a top speed around 28 mph (45 km/h).

“When a company with such a colorful and proud history as Bugatti turns 110, you can allow yourself to look into the rearview mirror a little bit more than you usually would. Thus, it is only fitting for our anniversary year to revive the Bugatti Baby”, said Stephan Winkelmann, President of Bugatti. “The Bugatti Baby II has grown up to be more of a teenager now, and I must say I’m very excited to see it drive around on the Bugatti premises in Molsheim.”

Even the eight-spoke alloy wheels are faithful reproductions of the wheels on the original car but are wrapped in modern Michelin rubber.