Is This Lamborghini Testing a Huracán EVO Performante? 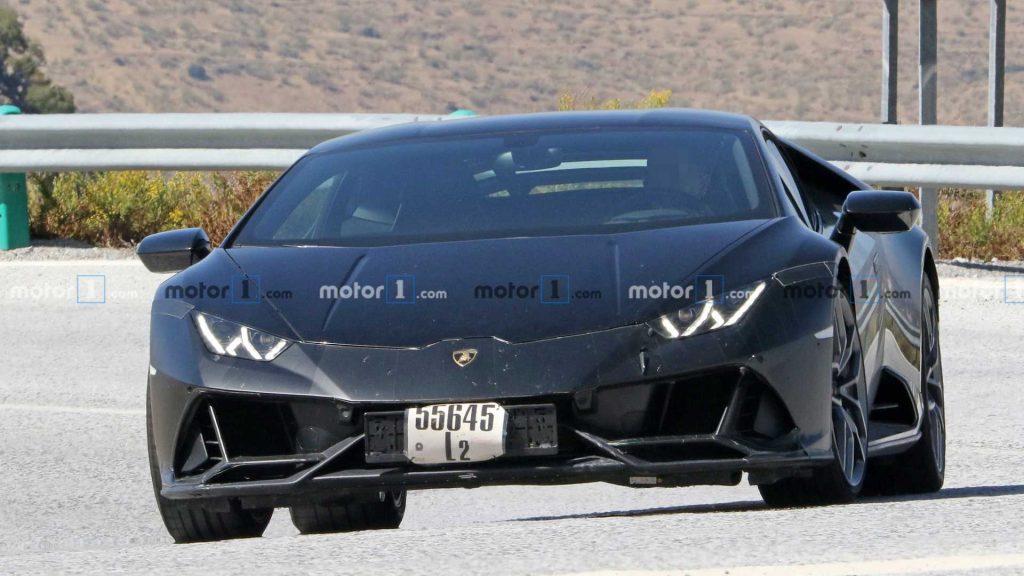 The Lamborghini Huracán EVO currently co-owns the most powerful Huracán title with the Performante which we know has held a production car lap record at the Nurburgring. Firing the same 640 hp (477 kW), the EVO was introduced in essence as a less track-focused version as an alternative to the Performante for those who would like to use it as a daily driver. Now though, suspicion has arisen that Lamborghini could be giving the EVO some Performante treatment.

Spy photographers recently witnessed a Huracán that appears to be a test mule. At first glance, it looks like an ordinary Huracán EVO, but if you look closely, you will find that the bumper is wrapped in a different shade of black than the rest of the car, as though the standard EVO bumper is sporting a different car. The engine is also covered by louvers rather than glass – something you’d expect to see on an Aventador.

Should the suspicion be accurate, Lamborghini will likely squeeze even more power from the 5.2-litre V10 engine with the production car also featuring some weight-shedding trickery as we’ve seen on previous Performante models. It should also wear the Performante body kit with aero parts including a substantial rear wing.

Although it does look like the Italians are working on another Huracán variant, perhaps it would be safer to take the speculation with a pinch of salt (for now) as it comes solely from the sight of this test mule.