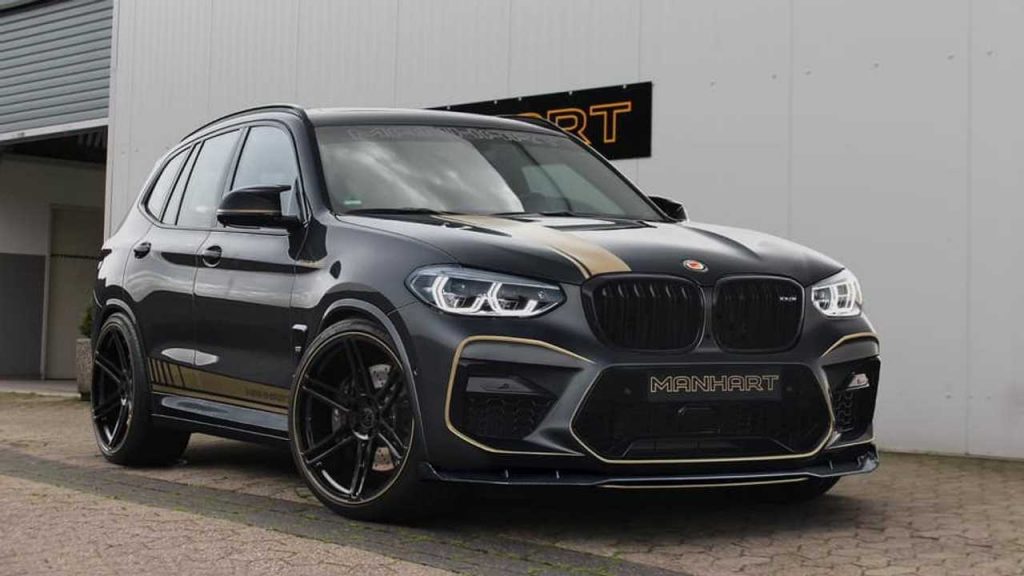 BMW commenced production on the new X3 M and X4 M SUV’s in April this year but one tuner from Germany has already managed to get its hands on one to give it a little more grunt.

Manhart Performance is no stranger to cranking up BMW’s and now the X3 M Competition gets some treatment and is names MHX3 600. The twin-turbocharged inline-six 3.0-litre no longer produces the stock 510 hp as the tuner has been able to generate a potent 630 hp (470 kW). Peak torque for the S58 engine has also increased subnationally from 600 Nm to 785 Nm.

Other than the performance upgrades, Manhart removed the standard wheels to make room for their 21-inch wheels with a gold pinstripe to match the other contrasting accents applied onto the bodywork. It also sits 30 millimetres lower thanks to a custom set of H&R lowering springs, while the back holds the quad 100 mm ceramic tips of the aftermarket exhaust system made from stainless steel.

When the X3 M Competition leaves the factory, it can sprint to 100 km/h in just 4.1 seconds so, with this healthy upgrade, we might see the small SUV break the 4-second mark. Unsurprisingly, the tuner is offering a similar upgrade package for the sleeker X4 M Competition, which should deliver nearly identical performances.