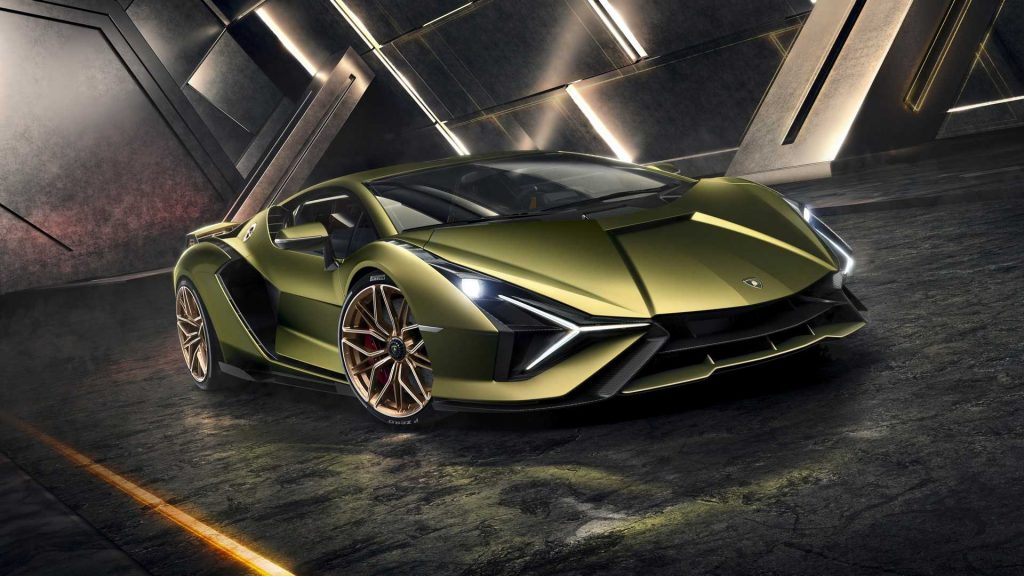 Lamborghini was teasing a new reveal for the Frankfurt Motor Show and it has officially been revealed online showcasing a spectacular design.

It is called the Sian and powering the new Bull is the same 6.5-litre V12 naturally aspirated engine that’s also used by the SVJ. In this application, however, it is accompanied by a 48-volt mild-hybrid system, which adds 34 hp (25 kW) for a grand total of 819 hp (602 kW). These numbers make it the most powerful production Lamborghini ever, taking the crown from the 770 hp (566 kW) SVJ.

In what Lamborghini claims is a first for low-voltage hybrid powertrains, the electric motor is integrated into the gearbox and connected to the wheels for low-speed reversing and parking manoeuvres. Power is not stored in a conventional lithium-ion battery, but rather generated by a supercapacitor unit three times as powerful as a cell of the same weight, and three times lighter than a battery with the same output. The device mounted ahead of the engine for enhanced weight distribution, is an evolution of that found in the Aventador to power the starter motor, and can store ten times as much power as the original.

Although it out muscles the SVJ quite substantially, it achieves the 0 to 100 km/h sprint in the same 2.8 seconds. Top speed is governed at 350 km/h.

As expected the design takes many cues from the Terzo Millennio and although it is not as dramatic, it sure is a head turner with those aggressive lines and proportions.

See the ’63’ badge on the carbon fibre shark fin? That indicated that Lamborghini will build just 63 units of these with a starting price of $3.6 million and yes they are all sold.

Lamborghini
Share. Facebook Email Twitter LinkedIn WhatsApp Telegram
Previous ArticleABT Audi A1 Sportback Is The S1 We Are Not Getting
Next Article Why Are There So Many Car Accidents?