Widebody Audi A1 Sportback One Of One by ABT Sportsline 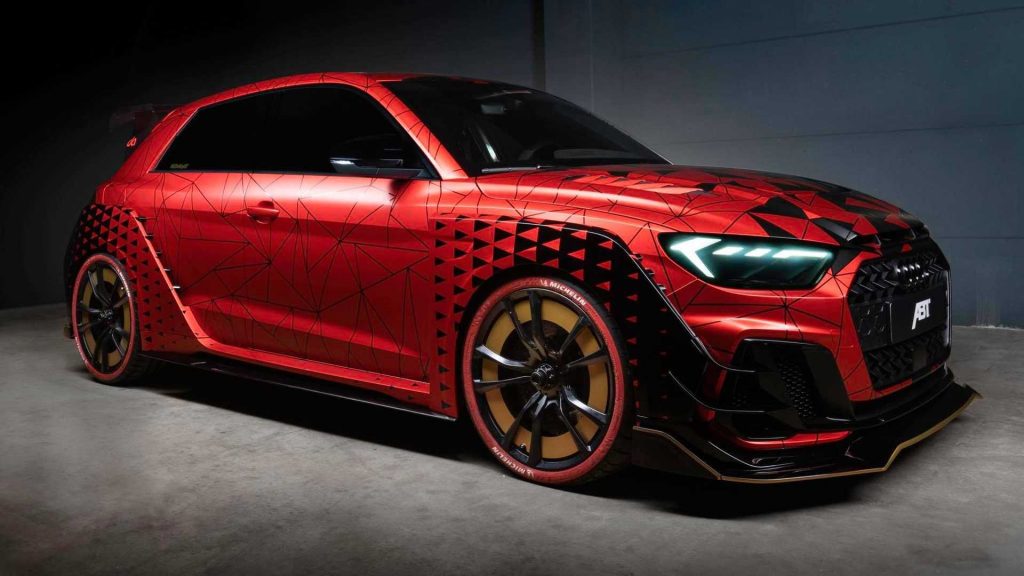 As it stands, we will not be seeing a new Audi S1 based on the new A1 range so ABT decided to take matters into their own hands and build something quite outrageous.

This “One of One” A1 packs a potent punch as ABT has installed the motorsport-spec 2.0 TFSI engine from the TT Cup race car. Its four-cylinder turbocharged unit produces 310 hp (231 kW), but there’s an overboost function that pushes an extra 30 hp (22 kW) for a grand total of 340 hp (253 kW) while torque is over 400 Nm at all times. The brutal soundtrack provided by the four-banger is enhanced by a straight-pipe exhaust system that is rather unsociable.

This A1 Sportback is 55 millimetres wider at the back compared to the donor car thanks to the bulging fenders. The rear doors of the little Audi have been covered, while the back has gained a massive wing and a prominent diffuser flanked by the two fat exhaust tips.

The interior was not left alone and went through a makeover. The rear seats were removed to make room for a roll cage and the front ones are bespoke body-hugging seats as you’d expect from a proper hot hatch. Loads of Alcantara finishes along with a flat-bottomed steering wheel round off the cabin changes.

Since this is a one-off project, the car is not for sale.