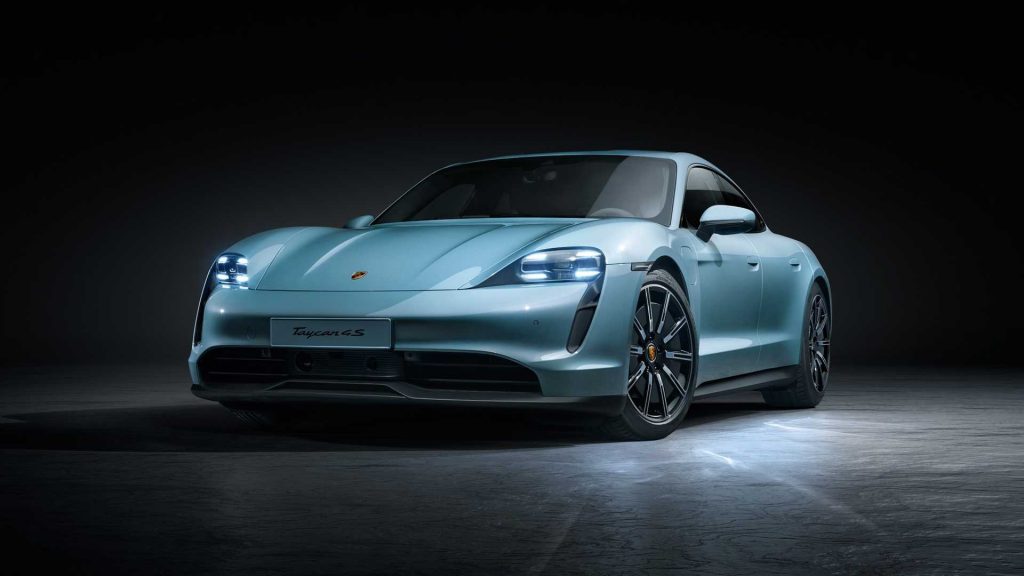 With the recent introduction of the all-electric Porsche Taycan, one would think that Porsche as a company is to be set on cruise control. However, that is not the case. The Stuttgart-based company has just announced its new model, the Taycan 4S.

The 4S features twin electric motors, a two-speed transmission as well as an 800-volt electrical architecture that allows for impressively quick recharging speeds. Every Taycan 4S will come as standard with a 79.2-kilowatt-hour lithium-ion battery pack, however, Porsche will offer the 93.4-kilowatt-hour pack found in the Turbo and Turbo S as an option called the Performance Battery Plus. The base battery will work together with the twin-electric motors, producing 522 hp (389 kW) whilst the larger pack will produce 563 hp (420 kW).

Porsche hasn’t announced any detailed performance options to be available apart from mentioning that it will retain a three-chamber air suspension with adaptive dampers, but if its petrol-powered cars are any indication, the base Taycan 4S will likely feature the same high-tech performance suspension as found in the Turbo and Turbo S, for those customers with deeper pockets.

The Taycan 4S will not be any different, as it will still offer impressive charge speeds, with its 800-volt architecture allowing for a 270-kilowatt charge rate in the Performance Battery Plus and 225-kilowatt rate as standard. Porsche hasn’t revealed how long it will take for a full recharge with the standard battery however the optional setup can charge from 5 percent to 80 percent in 22.5 minutes.

The 2020 Porsche Taycan 4S will arrive at dealers next year and is expected to be seen for the first time publicly at next months Los Angeles Auto Show.