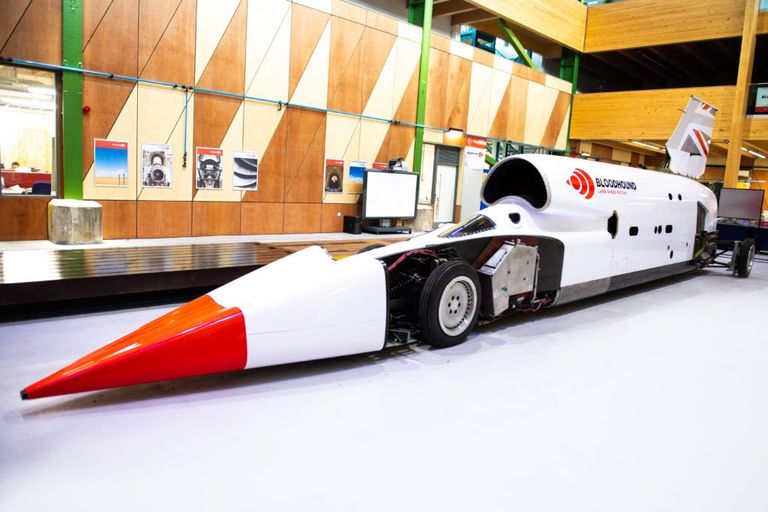 Last year the Bloodhound SSC project was thankfully saved from administration by a British entrepreneur which resulted in the project being renamed Bloodhound LSR (Land Speed Record).

Fast forward to today and the team are preparing to ship the machine over to South Africa* for the first push past the 500 mph (804 km/h) mark.

Testing is set to begin in mid-October, with Royal Air Force pilot Andy Green at the wheel, and will continue in November. Thirteen runs are planned, each 50 mph faster than the next, with a target of hitting over 500 mph. The fastest the Bloodhound has been so far is 200 mph (321 km/h) back in 2017 on a runway in Britain.

This test will be the first time the car rolls on solid aluminium discs for wheels as opposed to pneumatic tyres. This eliminated the risk of a blowout but the discs don’t provide much grip.

For this test, the Bloodhound will be powered by a Rolls-Royce EJ200 jet engine, which can provide nearly 10 tons of thrust. When the Bloodhound returns to South Africa in 2021 or 2022 to chase the 1000 mph mark, the EJ200 will be joined by a rocket propellant system.

* It will run for the first time on its dry lake bed race track at Hakskeen Pan, Northern Cape, South Africa.