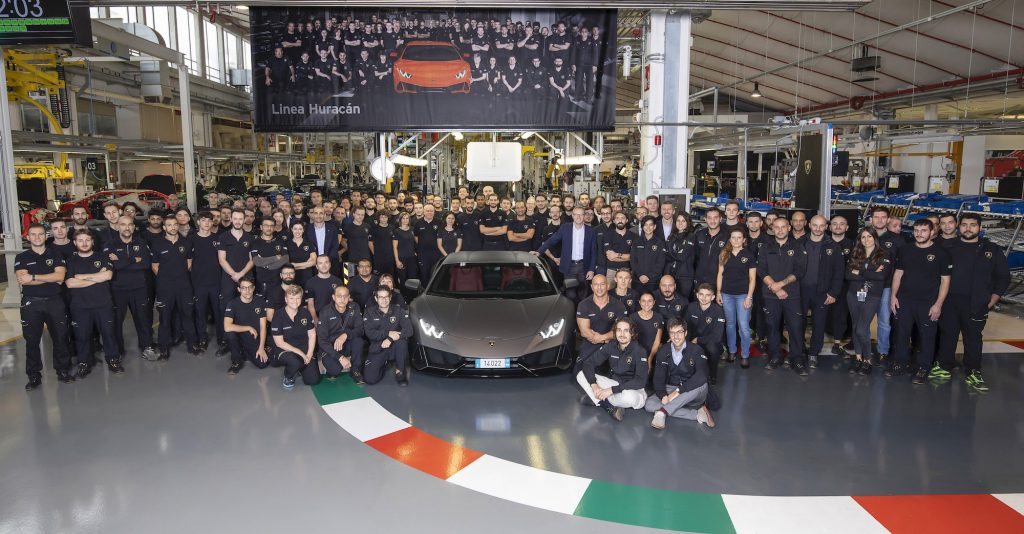 The 14,022 Lamborghini Huracán has rolled off the production line marking a production milestone for the V10 model of Lamborghini.

A total of 14,022 units of the Gallardo were produced over a production cycle of ten years (from 2003 to 2013). The Huracán has achieved these production numbers in half the amount of time.

The Huracán family made its world debut in 2014 with the coupé version, followed by the Spyder and the rear-wheel-drive versions. The Performante followed in 2017 and the Performante Spyder in 2018. In 2019 the new Huracán EVO (coupe and Spyder) was introduced, featuring a next-generation V10 engine and incorporating next-generation vehicle dynamic control and aerodynamics.

The commemorative model with chassis number 14,022, a Huracán EVO coupé in Grigio Titans will be heading to the Korean market.

Lamborghini delivered 4,553 cars from the 1st of January until the 30th of June which showed an increase of 96% compared to the same period last year.