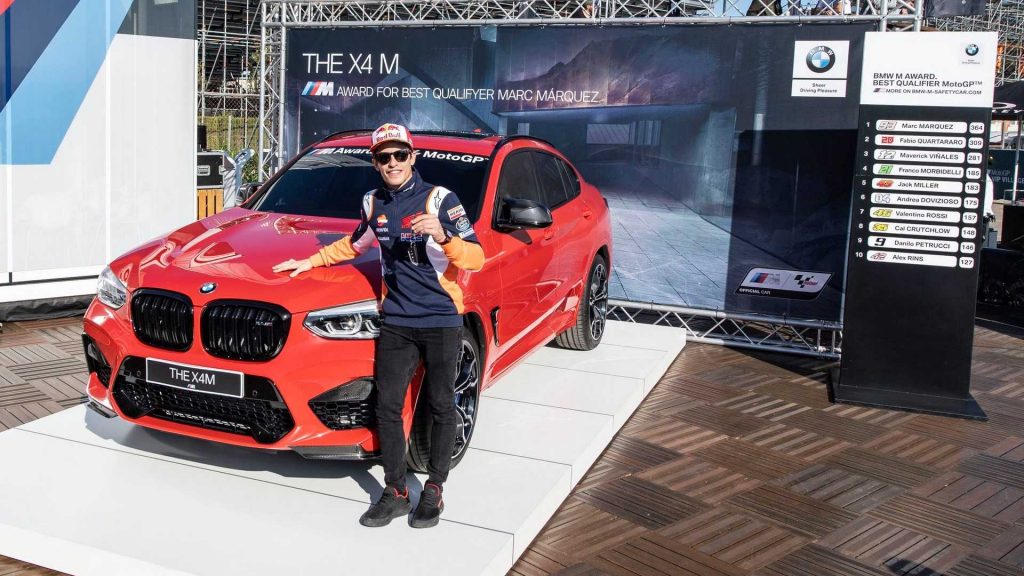 Around this time last year, MotoGP rider Marc Marquez received a brand new BMW M3 CS as a reward for his immense season in the 2018 MotoGP championship. Just last week, the 26-year-old rider received another prize in the form of a new X4 M Competition.

If you have been following this, you will know that he has won this prize a whopping seven times now so you can bet his garage is looking pretty spiffy (that is if he has kept them all).

The prize was awarded to Marquez during the Valencia GP for being the fastest qualifier in MotoGP for the seventh consecutive year.

“I would like to thank BMW M for the great way in which they have recognized our performances at the track for many years, and how they reward the season’s best qualifier,” Márquez commented after getting the keys for his new ride. “I am a bit speechless to have received this award for the seventh year in a row. I am delighted to have been the fastest qualifier this year because it’s not been easy and can hardly wait to get in the car.”

In previous years he has taken home an M4 CS, M2 and M6 Convertible to name a few.