The One-Off Lamborghini Concept S Is Headed for Auction 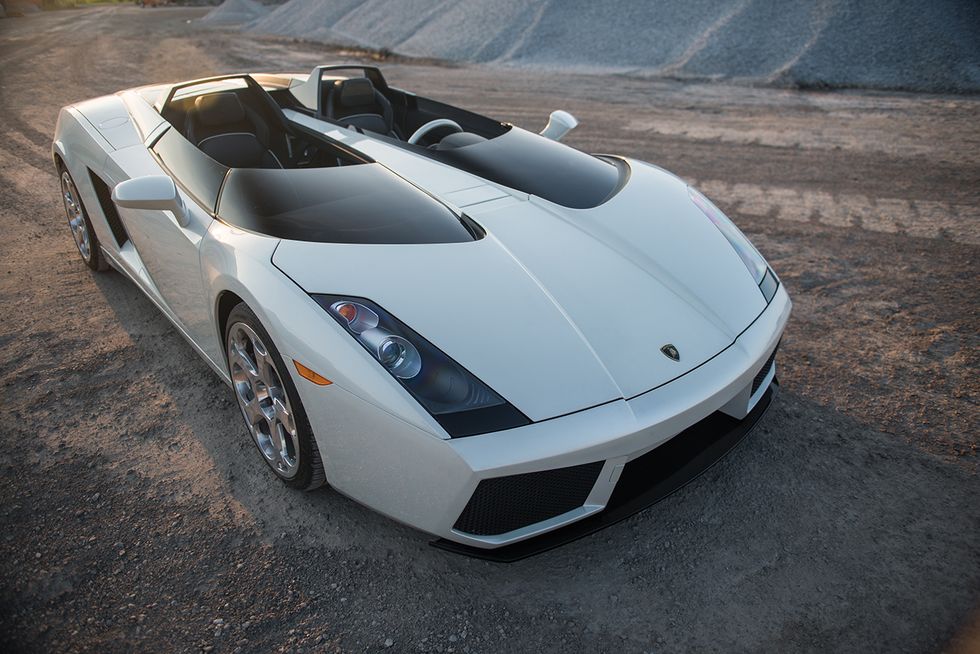 Have you ever heard of the Lamborghini Concept S? If not you are forgiven because it was introduced as a non-running one-off at the Geneva Motor Show in 2005.

Interest from potential buyers resulted in the manufacturer green-lighting the car for a limited production run of 100 units, but the costs ended up being too great, and the project was cancelled. There is now only one running example, and it’s coming up for auction this month.

It was designed by Luc Donckerwolke and was a project meant to show off an extreme interpretation of the Gallardo Spyder. There’s no roof, and the cockpit is split into two areas. Each occupant gets their own windshield and roll bar. The centre section acts as an air inlet for the 520 hp V10 and gives the car a very distinct look.

It has been driven just 124 miles (200 km) and will cross the RM Sotheby’s auction block in Abu Dhabi on the 30th of November. The last time it sold in 2017, it fetched $1,32 million so we would expect it to be sold for a little more than that.

Would you spend that sort of money on this one-off?