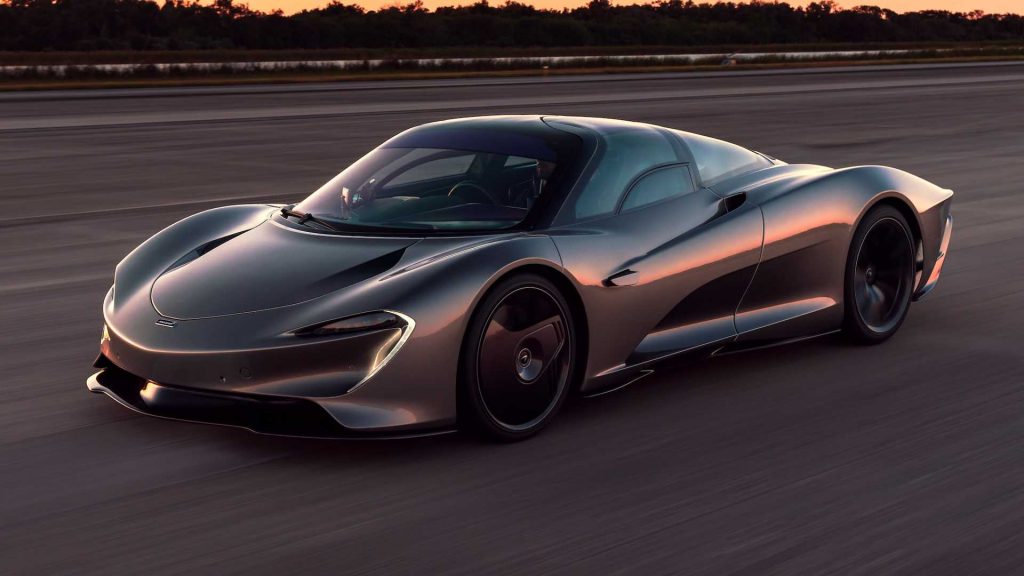 A McLaren Speedtail prototype has hit the targeted 250 mph (403 km/h) during testing to officially dethrone the McLaren F1 as the fastest McLaren ever.

The Speedtail prototype dubbed XP2 hit the top speed at the Johnny Bohmer Proving Ground’s runway at the Kennedy Space Center in Florida pushing the F1 to second place with a top speed of 240.1 mph (386.4 km/h).

Chief test driver, Kenny Brack was the man behind the wheel where he got the Speedtail to reach this velocity 30 times.

“The Speedtail is a truly extraordinary car that epitomizes McLaren’s pioneering spirit and perfectly illustrates our determination to continue to set new benchmarks for supercar and hypercar performance.”

Deliveries of the 1,055 hp (787 kW) Speedtail start in February and with all 106 units sold out long ago, you will have to find someone selling a built slot or a flipper to get your hands on the €1,970,000 British beast.