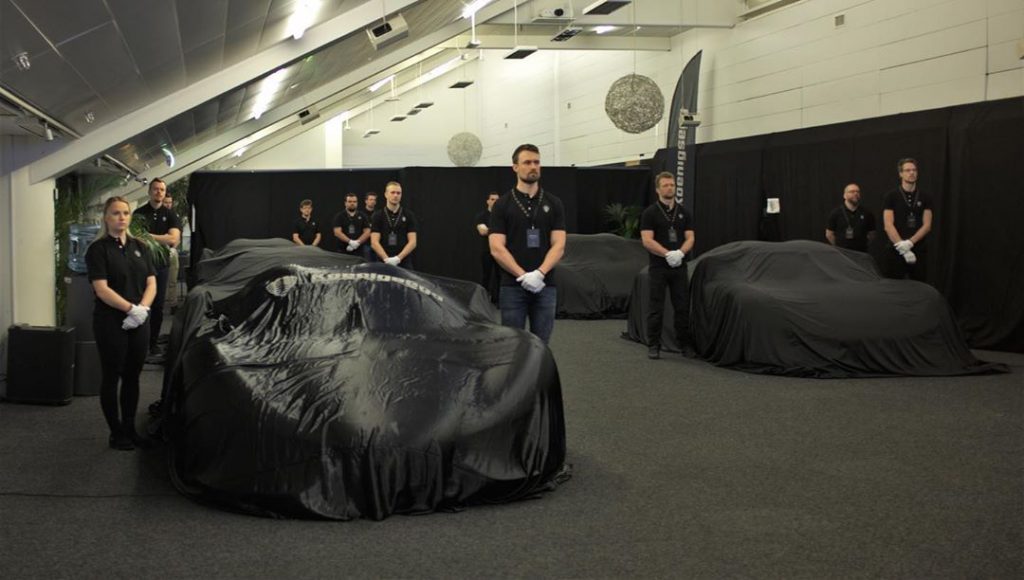 Koenigsegg recently hosted their dealer partners from all over the world at its Angelholm HQ and not only did they see and hear the menacing Jesko doing some testing but were also given a sneak preview of the upcoming cars.

Koenigsegg took to Instagram to share the shot you see above which shows off four cars under black covers. We believe these are the cars that will be presented at the 2020 Geneva Motor Show.

So what Swedish machines are we expecting to see at the show in March?

The first customer Jesko should be shown to the world alongside the rumoured Mission 500 Concept.

We could see the talked about ‘affordable model‘ expected to cost about $1 million.

The fourth car is the one we are most interested in as we are expecting it to be a four-seater hybrid. Some sources suggest it will be powered by a three-cylinder combustion engine developing a ridiculous 600 hp (447 kW) combined with an electric motor developing as much as 1,200 hp (895 kW). With a total output of 1,800 hp (1,342 kW), the four-seater hypercar is expected to hit 100 km/h in less than 2 seconds and 200 km/h in under 5 seconds.