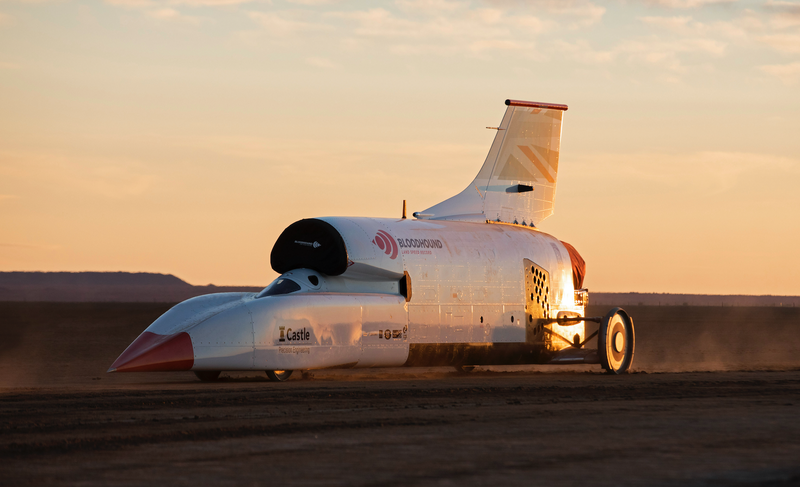 The whole project was nearly binned after it went into administration but things are looking a lot brighter for the land speed record attempt vehicle, the Bloodhound LSR.

For the land speed record runs, the Bloodhound LSR will be equipped with a rocket to provide extra thrust. This will be provided by Norwegian rocket specialist Nammo, which has designed a compact, zero-emissions rocket that will be used as a launch motor to put small satellites into space.

This rocket is a monopropellant design which means there is no combustion taking place and ultimately no flame or chemically harmful waste generated by the rocket from each run. Essentially, this means the Bloodhound LSR will be steam-powered.