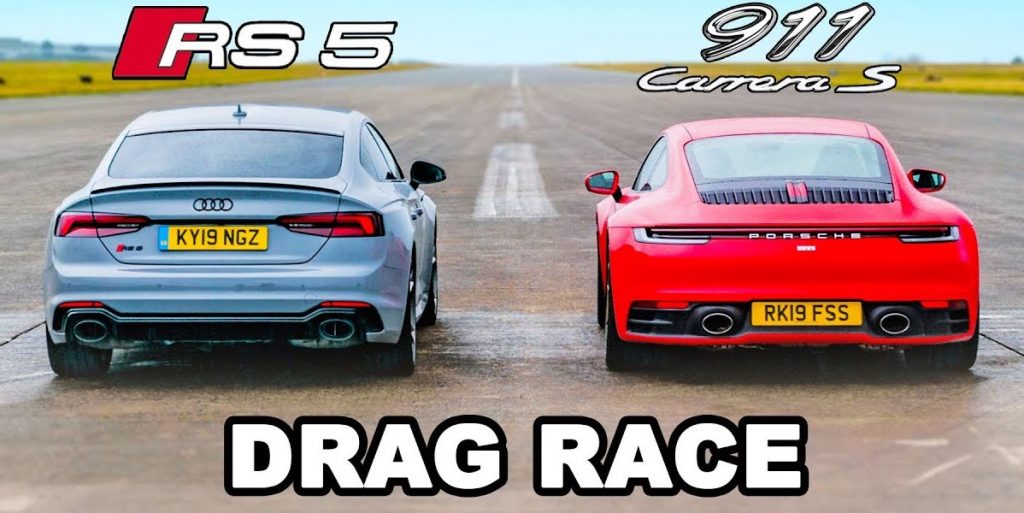 CarWow is back with another drag race this team putting two German performance machines head to head.

Both cars have eight-speed automatic gearboxes but the RS5 uses a traditional torque converter, while the 911 has a dual-clutch system (PDK).

So what about their weight? The RS5 is approximately 1.7 tons while the Porsche is about 1.6 tons so will that 100 kg offset the slightly reduced torque figure? Press play and see for yourself.