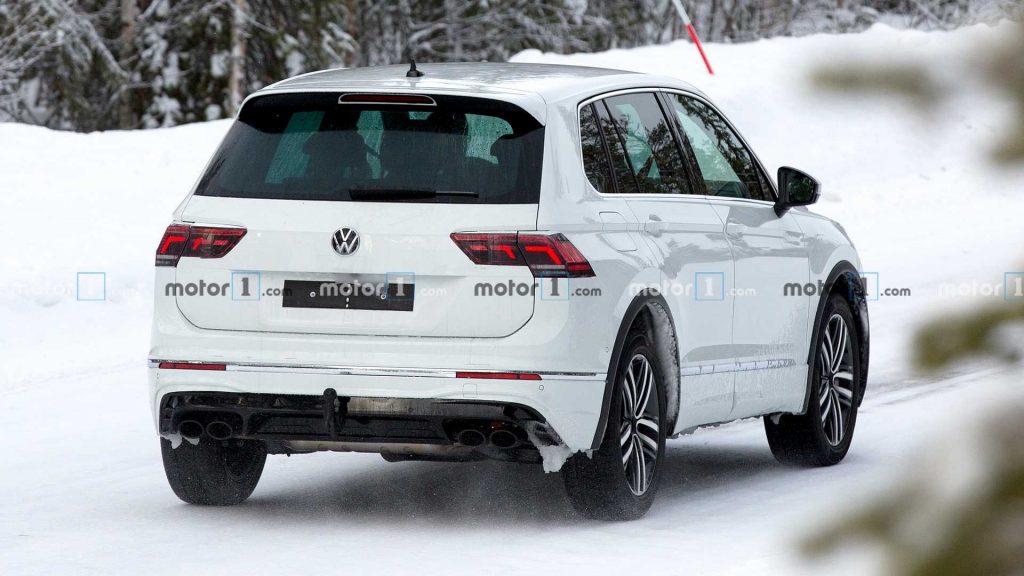 The Tiguan R has been seen testing for quite some time now but now that the reveal of the facelift is imminent it seems we may actually get a high-performance compact crossover from Volkswagen.

A new batch of spy shots from Sweden has surfaced not only showing that it is the facelifted variant but also appears to show that the production version of the Tiguan R will join the refreshed model lineup.

From the front you may not find the VW SUV too interesting but take a glance at the rear and you will notice the lovely quad exhaust system. In addition, the front discs rotors are drilled hugged by blue brake calipers. There’s also some deceiving camouflage upfront to conceal the generous intakes feeding air to the uprated engine.

So what will be powering this then? Apparently VW did some tests at the beginning with the 2.5-litre five-cylinder mill found in the RS Q3. However, rumors indicate the actual production version will have the familiar 2.0-liter TSI four-pot linked to a 4Motion all-wheel-drive system and a DSG transmission.