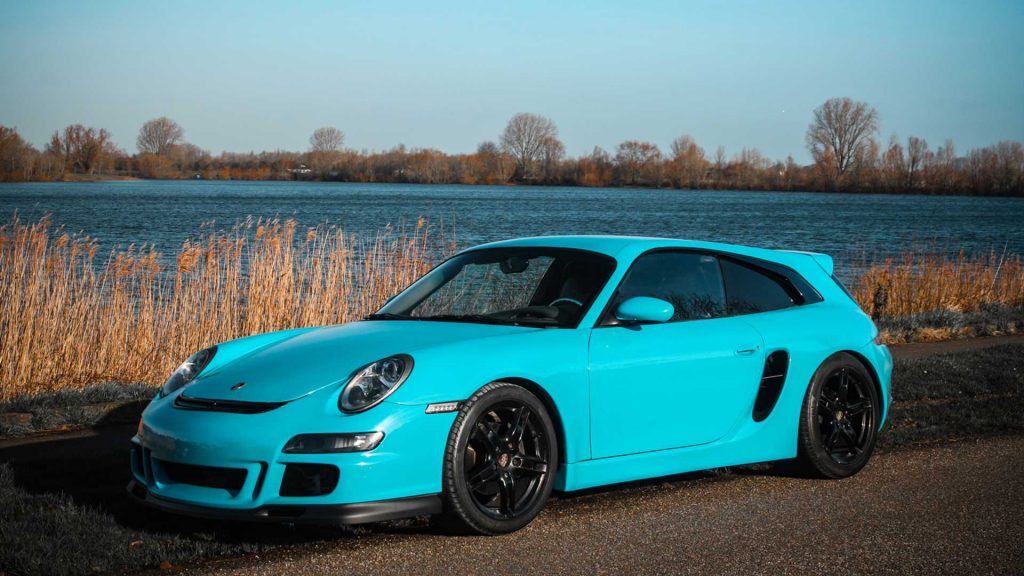 There are many enthusiasts out there who love the shooting brake body style but we doubt there have been many wanting to see a Porsche Boxster Shooting Brake.

A group of student engineers in the Netherlands decided to convert a first-generation Boxster into this Shooting Brake and the end result is quite something.

Some of of the parts needed to transform the 986 into a SB come from vehicles that already exist. For example, the front doors and windows come from a 996-generation Porsche 911 Carrera, and the rear windows and roofline assembly come from a Peugeot hatchback. The front end incorporates the headlamps and front bumper from the 997-generation Carrera, while the rear end is modernized using taillights from the 991-gen Carrera.

Van Thull Development, the company that assisted the students, is actually making moulds of the build to offer it as a conversion kit to owners of the 986 Boxster.