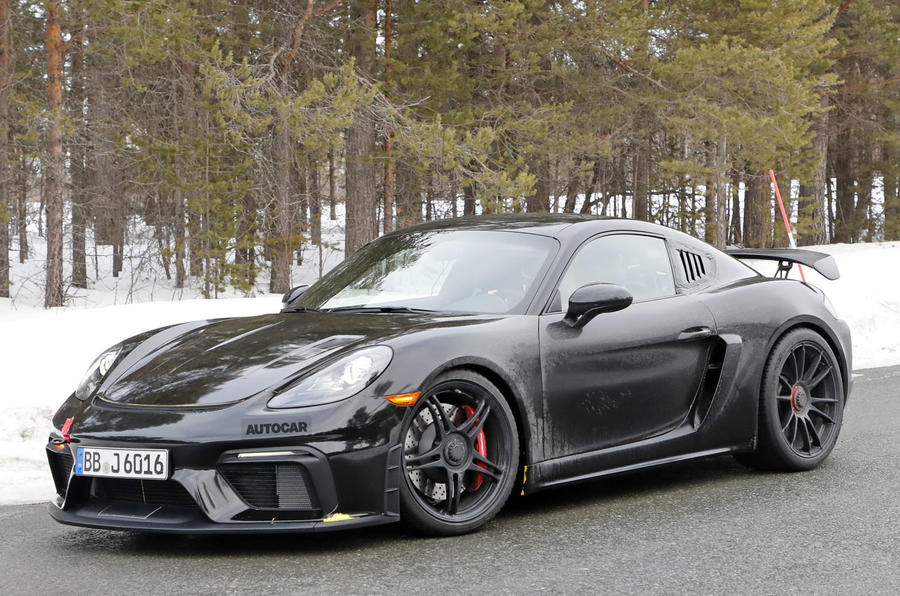 A Porsche Cayman prototype has been spotted testing what is almost definitely a hardcore GT4 RS variant and it looks like its sporting its final production design.

At the front, you will notice Naca bonnet air ducts similar to those on the 911 GT2 RS, while the rear quarter windows have been replaced by slatted cooling vents.

Previously spied prototypes showed a wing significantly larger than the regular Cayman GT4 but these latest shots show the same wing being used from the GT4.

You may notice some new wheels which forego the traditional five-lug pattern of the standard GT4, in favour of a motorsport-inspired centre-lock mechanism that hints at the car’s track potential.

At this stage, it is too early to know what will power the GT4 RS but it will almost definitely be a stronger version of the 4.0-litre flat-six used by the current Cayman GT4. If it follows the RS trend then we are unlikely to get a manual offering and will use a PDK auto transmission instead.

Porsche has never made a GT4 RS before but it looks like that is all about to change.