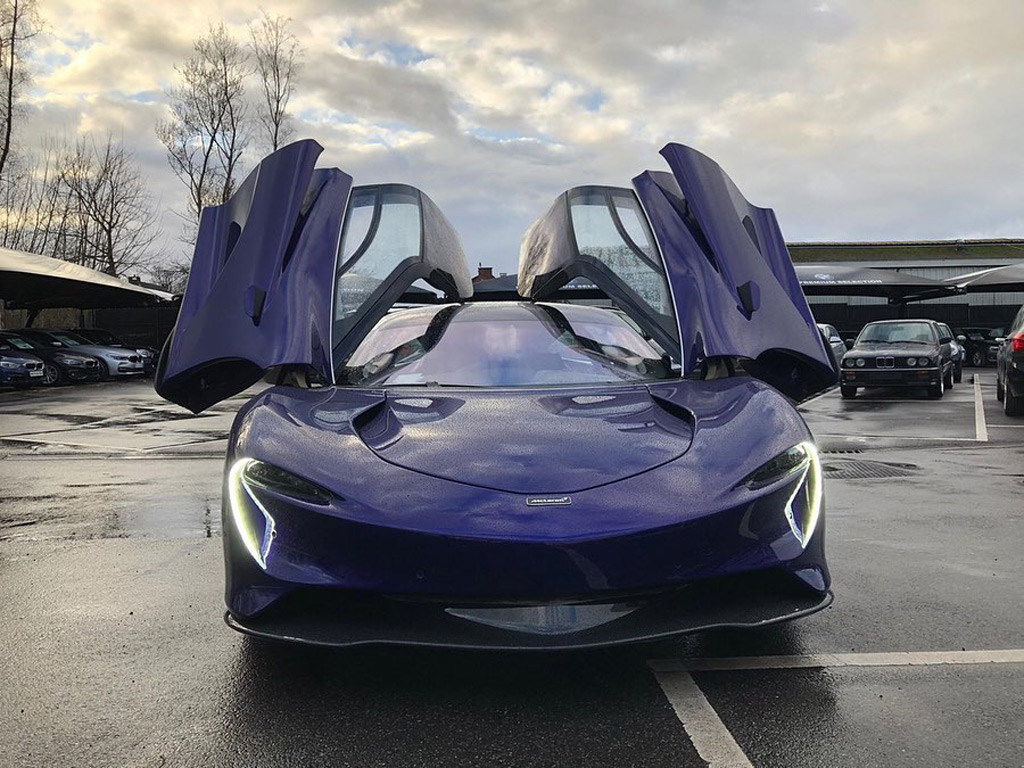 McLaren took the covers off the Speedtail two years ago and last week the first customer example was delivered in Belgium.

The car had hugely divided opinions when it was revealed but seeing shots of this one out in the wild in a superb hue has completely changed our mind.

For those unfamiliar with the Speedtail, it is the latest addition to McLaren‘s flagship Ultimate Series range of cars. It’s been described by the company as the true successor to the F1, due mostly to its three-seat layout, but also because it’s been designed to be the ultimate grand tourer rather than a pure track machine, just like the F1.

McLaren actually has not released full details on the powertrain but we know it is a hybrid setup likely utilizing a 4.0-litre twin-turbocharged V8 as its internal-combustion component. Peak output is 1,035 hp (772 kW) which allows it to hit 250 mph making it the fastest McLaren ever made.

The Speedtail’s production run will be limited to 106 cars and each will cost its owner at least $2.25 million each. Why 106? Because the number matches the original run of McLaren F1s, and yes, all have been sold.