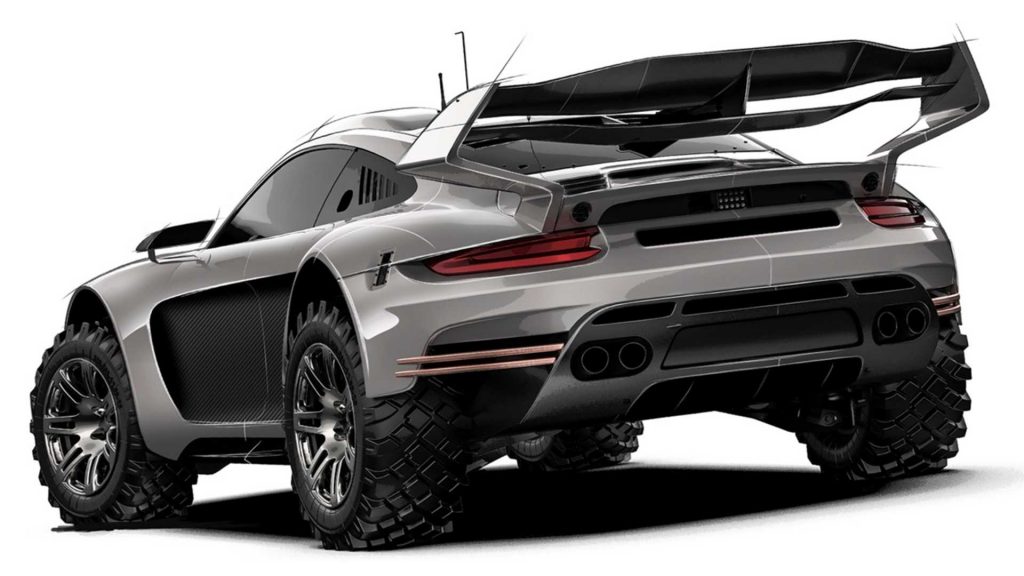 Gemballa is busy trying to sue Uwe Gemballa’s son, Marc Philipp but that does not mean they do not have time to build another wicked Porsche 911.

The Gemballa Avalanche should be a name quite familiar to those who have been keeping an eye on the aftermarket scene, but this is isn’t an ordinary version of the amped-up 911 as the teaser sketch portrays a sports car for all types of terrain.

The company has been wanting to build a rugged 911 for around four years and this Avalance 4×4 will be revealed sometime in the next two years.

This is not to be confused with Marc Philipp Gemballa’s off-road 959-inspired 911 which has actually landed him in a bit of hot water with Gemballa.

Gemballa will also be revealing the Tornado 4×4 which will be a Cayenne with some serious off-road capability and power.

The sketches we see here are probably a little exaggerated but the real thing will not be far off and we cannot wait to see a little more.