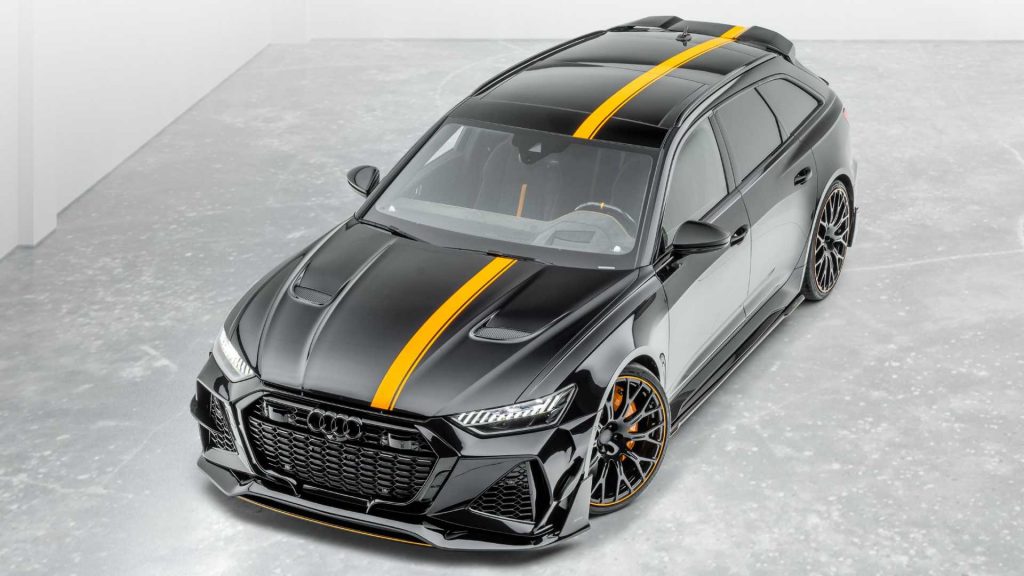 Mansory wanted to bring a whole host of cars to the Geneva Motor Show and this new offering for the new Audi RS6 was one of them.

In typical Mansory style, they did not make subtle modifications as your eye will immediately tell you that this is a substantial kit.

Gone are the oval exhaust pipes from Ingolstadt as they have been replaced with some quite oddly shaped quad exhaust tips poking out a substantial diffuser. There is also a new hood with vents, prominent side skirts, new front spoiler and a large spoiler on the rear of the roof. Completing the package is a set of 22-inch forged wheels and some decorative orange body stripes with matching accents on the wheels.

Mansory modified the R8 Spyder quite some time ago so this is one way to announce that you are back in the game of modifying the brand with four rings.