This Must Be The Porsche Cayman GT4 RS Testing 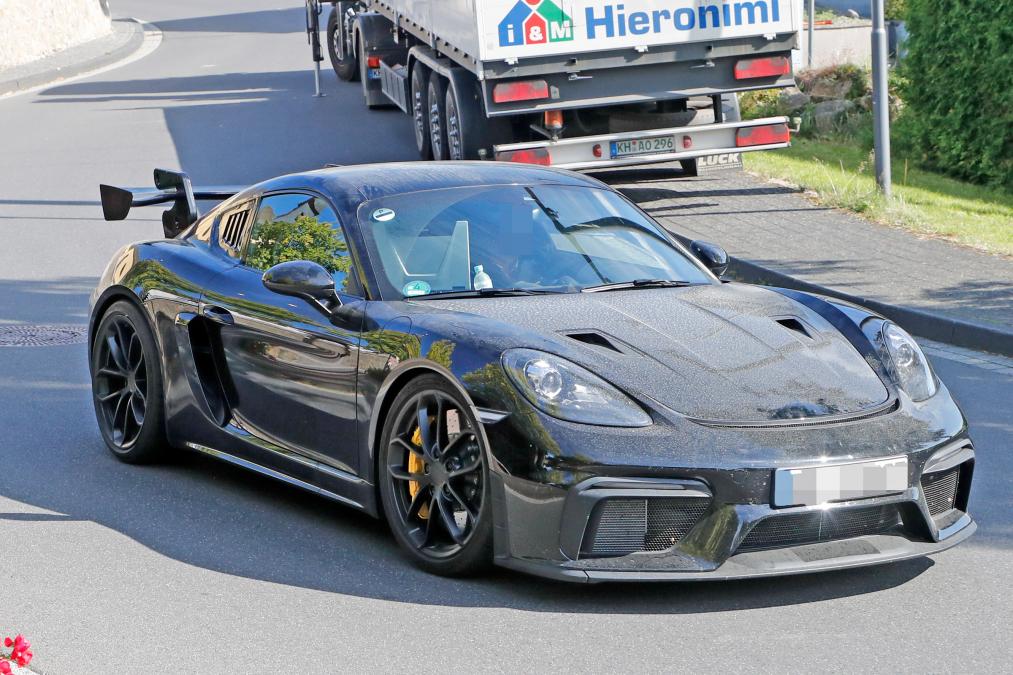 The current Porsche focus has been on the new all-electric Taycan for obvious reasons but by the looks of things, the Cayman GT4 is about to get an ultimate track-focused RS version in the near future after this prototype was spotted testing.

As you can see, the GT4 RS takes a more extreme, race-bred take on the existing hottest Cayman, the GT4. The differences between the two are most clear in the new car’s aerodynamics: the rear is dominated by a vast adjustable rear wing, while the front has a deeper splitter to balance out the extra rear downforce.

There appear to be a pair of NACA ducts on the bonnet and the small windows behind the side doors have been replaced by panels with further vents cut into them demonstrating that that variant needs some extra cooling.

At this stage, it is too early to know what will power the GT4 RS but it will almost definitely be a stronger version of the 4.0-litre flat-six used by the current Cayman GT4. If it follows the RS trend then we are unlikely to get a manual offering and will use a PDK auto transmission instead.

There’s no confirmation from Porsche of when it’ll come out, but testing appears to be at a fairly advanced stage, so we’d expect the car to make its debut in 2020.